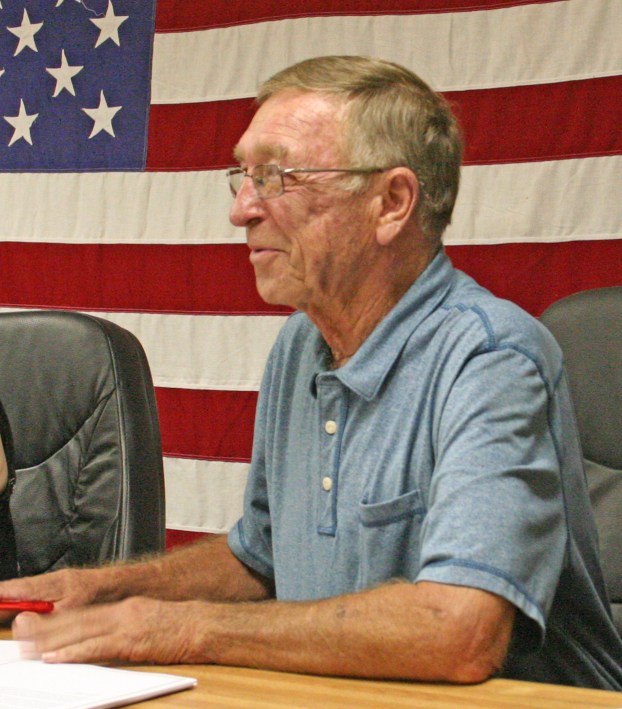 The rate will continue to be 12.50 cents per $100 on all real and personal property, motor vehicles, aircraft, and watercraft. Taxes not paid by Jan. 1, 2017 will be subject to a penalty of 10 percent and an interest of 12 percent per year until paid.

Surplus property belonging to the city was discussed, including:

• a parcel of land on Russell Street;

“We bought one new one and we need to get some of these out of the way. We actually need to get another mower,” said Mayor Jim Douglas.

All of the lawnmowers are still operable, but some are older, he said.

The council approved to surplus the lot and the lawnmowers. Bids will be accepted on those items.

The council also denied a request to place townhouses on Breathitt Avenue, beside the Kingdom Hall of Jehovah’s Witness.

The draft plan from Tom Hensley included 16, two-story units to be placed on the lot. Once built, the units would be for sale. The units, while built as single-family dwellings, would be connected.

Shelby Green resident Ron Gibson was present to express his displeasure with the idea, which he said would lower property values of the homes next to the lot. He also said he had no knowledge of the plan until a few days before the meeting, when another neighbor alerted him to it. Gibson said after speaking with others, he felt many residents of Shelby Green did not want the structures.

When the city operated under planning and zoning, the lot was zoned commercial. Junction City has since left the Boyle County Planning and Zoning committee and reviews requests independently.

“If this council says no, I’ll stand behind you 100 percent,” Douglas said.

“People live there. I say no and feel good about it,” said council member Lloyd Bowling.

Council member Kenny Baldwin questioned whether the council could say no to the request, to which Douglas said yes. City attorney Lynne Dean agreed.

The council unanimously voted against the request.

• The council made plans to continue plotting the cemetery. Sales of the lots continue to be up, said Douglas.

• The council had second reading and approval on the ordinance to raise the cemetery rates from $300 to $400. A change was noted from the first reading, which was the removal of the word “plastic.” Lots. It refers to the enclosures that must be used in the burial process, permitting steel, metal, concrete, stone and other permanent materials approved by the city.

• Council member Sonya Kitchen mentioned ongoing vandalism at the Junction City Park. She had taken it upon herself to paint some of the boards at the park prior to a family birthday party after someone drew on them.

Kitchen asked about cameras, which city officials have looked into, said Police Chief Merl Baldwin. The cameras would likely not be high enough quality to tell who is committing the crimes, he said.

Instead, suggested Douglas, the Baldwin will look into hanging signs with the number for the 9-1-1 dispatch center number, to encourage residents to report vandals in the act.

“If the people that use the park will turn them in, we’ll get more out of that,” Douglas said. “I think it would do us more good that way.”

• Kitchen asked how to get more lighting at the intersection of Shelby Street and U.S. 127, the site of a fatality accident in July.

The intersection is heavily used by pedestrians, said Council member Kenny Baldwin, despite the lack of lighting.

In the past, said Chief Merl Baldwin, officials with the Kentucky Department of Transportation had said the numbers were not fatal enough to warrant additional lighting at the intersection.

• Christy Baldwin invited all first responders to join the Junction City Methodist Church on Sunday at 11 a.m. for an appreciation day, in memory of 9/11 with a dinner after.

By KENDRA PEEK kendra.peek@amnews.com The fourth person believed to be involved in the 2014 shooting at a Danville restaurant entered... read more