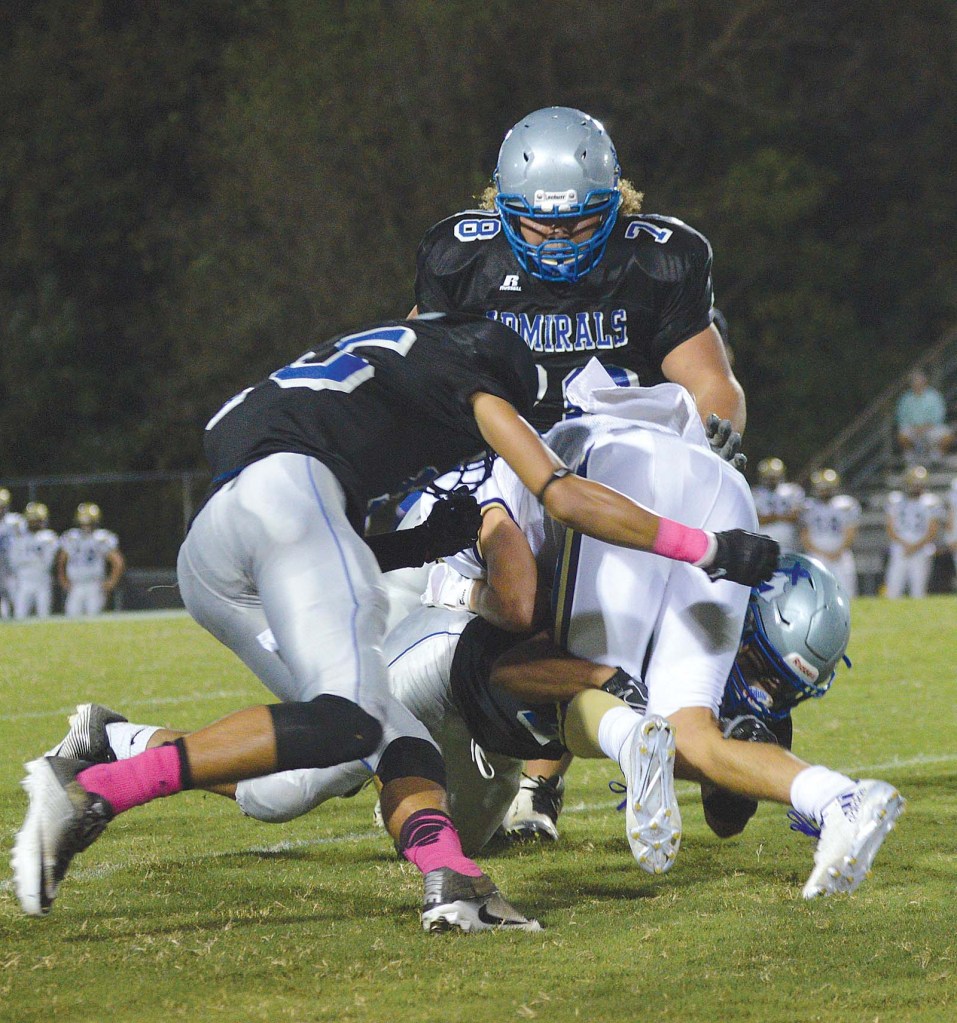 Having one of your starters sit out the first district football game might not sound like an ideal situation, and Danville coach Clay Clevenger wasn’t making it out to be, but there are some advantages.

The Admirals were without starting tight end and linebacker Jaleel Warren, who was sitting out with the concussion protocol, as they opened the district against rival Somerset on Friday. Sure, the Ads would have gladly taken Warren on the field, but his absence opened the door for other players to get valuable field time.

With a roster lacking in experience, the Ads have had to create depth as the season has gone along. And so far, it’s worked as they’ve gone 6-1. But with district games at Middlesboro and against Lexington Christian in the next two weeks — and the playoffs four weeks away — Danville will need all hands on deck.

“We’re getting some experience there which will hopefully help out in the future,” Clevenger said.

Chuck Smith and Boyle County might be sitting on one of the best freshmen classes in the central Kentucky. We had already met Reese Smith, Reed Lanter and Reiley Colwick, and Friday night, Landen Bartleson had his coming out party, rushing for 122 yards on 12 rushes and three touchdowns.

In the six games prior to Friday’s win over Garrard County, Bartleson had five carries and one TD. Now, he gives the Rebels three proven running threats, along with Gunner Ashburn and Tanner Crawford.

How long ago does that 0-3 start seem now?

And maybe a better question — does anyone really want to face the Rebels?

Danville’s Donlevy Harris and Mercer County’s Grayson Blevins have made their names as two of the area’s best linebackers. And they’re still tops in that department — Harris helps lead the Ads defense that gives up 224 yards per game while Blevins averages over 13 tackles per game.

But now the duo are making noise as running backs, especially last Friday.

Harris ran wild for 291 yards and two scores in the Ads win over Somerset, upping his season totals to 769 yards and 11 TDs.

Blevins had his best game of the season in the win over West Jessamine, rushing for 174 yards and a TD. He now has 458 yards and four TDs.

His presence was especially important as starting tailback D Smith sat out with a high ankle sprain. While coach David Buchanan said it’s important for the Titans to get Smith back, Blevins performance might ease some anxiety and give them another potent weapon when Smith comes back healthy.

We’ve had some outstanding regular seasons from quite a few soccer teams in the area — the Mercer County boys and Boyle County girls chief among them — but now the real fun starts as the district tournaments kick off this week.

Great regular seasons will get quickly forgotten unless they’re backed up with deep runs into October. It’ll be fun to see who comes out on top.