Clayton Scott Jones, 59, of Louisville, Ky., formerly of Danville, passed away Friday, Oct. 28, 2016 in Louisville. Clayton was born on July 9, 1957 in Boyle County, Ky. He was Head Waiter at the prestigious EL Tovar Hotel, a National Landmark located on the South Rim in the Grand Canyon. Worldwide dignitaries and celebrities had the privilege of being served by Scott, a consummate professional for over 30 years. 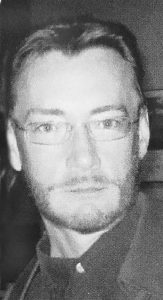 Funeral services will be 2 p.m. Saturday, Nov. 5, 2016 at Preston Pruitt Spurlin Funeral Home with Pastor Bryan Payne officiating. Visitation will be 12 p.m. until time of the service. Burial will be in Bellevue Cemetery in Danville.

Scott was an amazing man full of life, love and laughter and will always be remembered as a loving son, brother, father and husband!