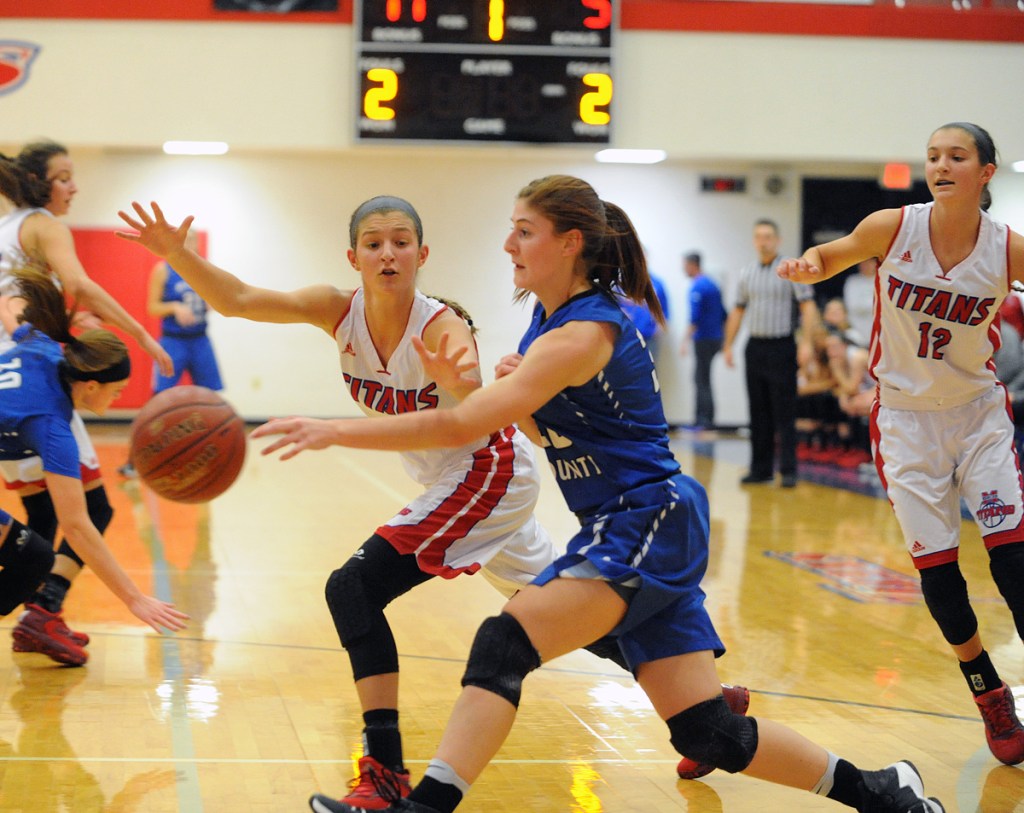 HARRODSBURG — There aren’t any easy games on Mercer County’s schedule this season.

The Titans’ first game was against Hamilton Heights, one of the top girls’ basketball teams in Tennessee. Their second game of the year, Saturday’s win against Mason County, a top 10 team in Kentucky, showed just how good they are, and how good they can be. Mercer won 78-57, and coach Chris Souder thought his team had plenty to improve.

“I just told them, ‘I don’t think we realize yet how good we can be. We beat the No. 7 team by 21, and I felt like we played about a 4/10,’” he said. “After the first quarter, I feel like we just cruised. But it’s a win, we’ll take those. These kind are good for us because it lets me know what we’ve got to work on.”

Mason County was a great test for the Titans because of their experience, Souder said. The Royals started five seniors and had eight on the roster. When Mercer got out to a quick start, Mason didn’t give up. 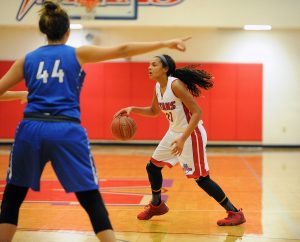 “It was good too because Emmy (Souder) and Lyric (Houston) got in foul trouble,” coach Souder said. “Those are good things, too. Not for Emmy and Lyric, but it forces me to play some of my bench and do some things. But that’s good, those kids stepped up and it was a good early test, they’re senior dominated. I told the kids all week, I had seen them play a couple times and they weren’t going to quit, they’ll keep coming at you, and they did. That’s what senior teams to do.”

Seygan Robins paced the Titans, scoring a game-high 26 points. But she had some uncharacteristic turnovers throughout the game.

Robins received a break running the game when freshman Channing Lewis entered the game, who gave the Titans a spark off of the bench as point guard. She scored nine points.

“Channing being a freshman, we wanted her to get some playing time and some minutes,” Souder said. “She came in and gave us a big lift. That’s what we expect from her. She’s heady, she understands the game, and she understands her role. We told Seygan during timeouts, ‘Let Channing run the floor, catch your breath.’ That’s good, we need that.”

Offensively, Souder liked most of what he saw from his team on Saturday.

Mercer has two more games in Kentucky — at Danville tonight and against East Jessamine on Tuesday — before traveling to Phoenix for the NIKE Tournament of Champions.

“Defensively, we’ve got to get better. Rebounding the basketball, we get caught under the rim a lot or we watch a lot or we’re a step behind,” coch Souder said. “… We’ve got Danville on Monday and they’re scrappy. Then we’ve got East Jessamine on Tuesday and then we get ready for our trip to Phoenix. It’ll be brutal, but it will be good for us.”