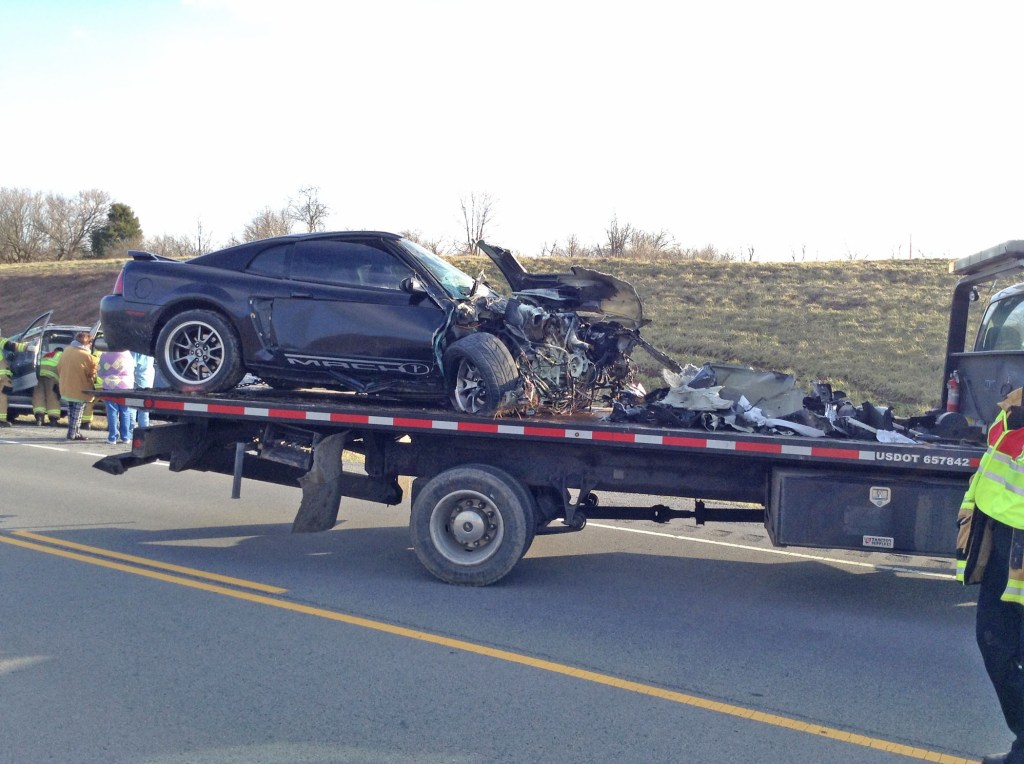 File photo Former Danville Police Officer Ryan Hundley was behind the wheel of this Mustang in a 2016 wreck that sent he and a fellow passenger to the hospital.

A former Danville Police officer involved in a wreck last year entered a guilty plea on Thursday. He will find out in February what his sentence will be.

Ryan Hundley entered a guilty plea before Judge Darren Peckler. He is charged with two counts of wanton endangerment and one count of driving under the influence.

Under the arranged plea deal, Hundley is required to pay restitution toward an insurance deductible and to pay court costs to the Boyle County Circuit Clerk. He will undergo home visits from probation and parole and will be required to complete community service.

According to files obtained in the Boyle Circuit Court Clerk’s office, the commonwealth has recommended five years in the penitentiary for the wanton endangerment charges and 30 days in the county jail for the charge of driving under the influence.

The diversion agreement states simply that he will be “supervised,” not if he should face jail time.

Commonwealth’s Attorney Richie Bottoms said it will be up to Peckler to determine if Hundley will have to serve time.

Initially, Hundley was charged with second-degree assault, a class C felony, which was amended to the second count of wanton endangerment, a class D felony. He was also charged with operating a motor vehicle under the influence. A contempt charge was later dismissed.

The charges could be expunged from his record later.

Hundley’s charges stem from a Feb. 27, 2016, crash in which he was driving under the influence. He and his passenger, Shaun Boyd, were heading east on Ky. 2168 when Hundley lost control, according to initial reports, and collided with Dwayne Brown of Danville, who was heading westbound.

No one had serious injuries, according to initial reports, but Hundley and Boyd were taken to the hospital.

Hundley resigned from his position with the Danville Police Department in March. The other driver, Brown, filed a lawsuit against Hundley in July.

Hundley will return to court at 9 a.m. on Feb. 7 to be sentenced.