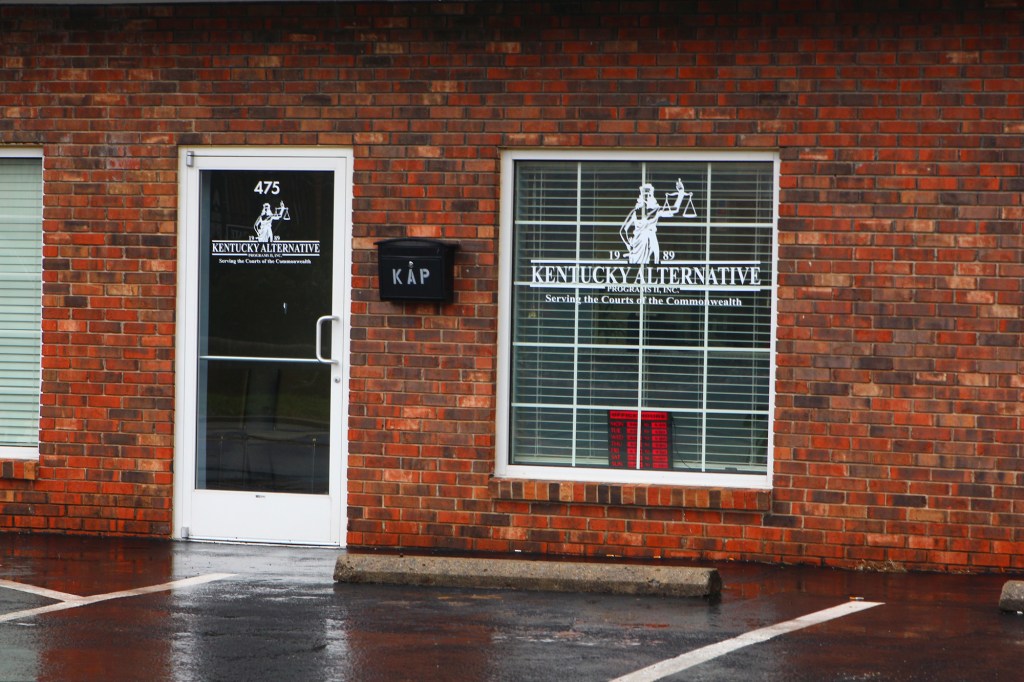 Ben Kleppinger/ben.kleppinger@amnews.com | Kentucky Alternative Programs’ Danville office is located along West Walnut Street near the Norton Center for the Arts.

Boyle and Mercer district courts are no longer assigning defendants to the private probation and parole company Kentucky Alternative Programs and the agency’s Danville office plans to close at the end of February.

In court Tuesday, District Court Judge Jeff Dotson was ordering defendants offered probation to be overseen by the state Probation and Parole office rather than KAP, which had been a go-to organization for probation oversight in the area.

“Due to the recent Supreme Court rules, Kentucky Alternative Programs is on a phase-out period,” Dotson said during the court session.

Dotson, who said he had multiple full dockets keeping him busy the rest of the day, was unavailable for further comment Tuesday.

The courts stopped using KAP due to a Kentucky Supreme Court administrative order amending the rules concerning private probation and parole companies, Shewmaker said. But, she added, she didn’t know what specifically about the rules changes led the local courts to sever ties with KAP.

The Supreme Court order went into effect Jan. 1. It lays out requirements that private agencies must meet in order to provide probation and parole services, including:

• the agency must be an independent contractor unaffiliated with the courts;

• it must have “no individual or fiduciary financial relationship with a judge” or a judge’s immediate family in the district it serves;

• leaders of the agency must not be related by blood or marriage “within the third degree” to any judge or judge’s spouse in the district it serves;

• it must maintain $1 million in liability insurance;

• it must have a “sliding scale” of fees for indigent defendants;

• it must have policies that allow for investigation of complaints from defendants “alleging abusive behavior” by the agency; and

• it must provide proof of appropriate training and certification for its employees.

“Non-compliance with this rule by any private agency shall constitute grounds for the district court to rescind approval for the private agency to provide services to the district court,” the order signed by Chief Justice John D. Minton Jr. reads. All Supreme Court justices were sitting for the order and all concurred. The order was entered Dec. 7.

KAP’s Danville office was open for business Tuesday. A supervisor said the Danville office would remain open through the end of February and the agency was continuing to handle cases already assigned to it. He declined to comment further.

A call to KAP’s Newport office asking for further comment was sent to voicemail and the call had not been returned Tuesday evening.

Calls to the Kentucky Supreme Court were directed to Marc Theriault, general counsel for the Administrative Office of the Courts. Theriault did not return a call asking for comment on Tuesday.

Boyle County Attorney Richard Campbell was unavailable to comment as well; employees in his office said he was tied up in meetings and court sessions all day.

KAP’s website says it has been providing probation and parole services for district courts since 1989.