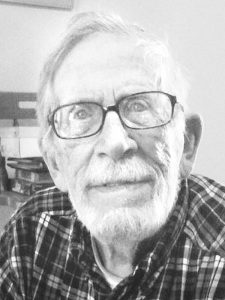 He was a 1945 graduate of Danville High School and a member of the Third St. Methodist Church. Bill was a sales rep for Sears-Roebuck Co. for 20 years before starting his pest control business, AAA Pest Control, in Lexington.

He served in the U.S. Army for four years. Bill loved to fish and always looked forward to his annual vacation to Captiva Island to fish with friends.

He was predeceased by two baby brothers and two sisters, Frances Cooper and Henrietta Barnes.

He is survived by his children, daughter, Catherine Burns (Jimmy) Gribbins of Raywick, Belinda (Rob) Baldwell of Lancaster and Priscilla Purnell of Ohio, and son, Barry (Teresa) Lowe of Lexington; nine grandchildren; two step-granddaughters, three great-grandchildren, and a large extended family of grand and great-grandchildren.

The funeral service will be 1 p.m., Friday, March 3, 2017, at Stith Funeral Home, Danville. Rev. Bruce Schute will officiate. Burial will be in Bellevue Cemetery.

Visitation will be after 5 p.m., Thursday.