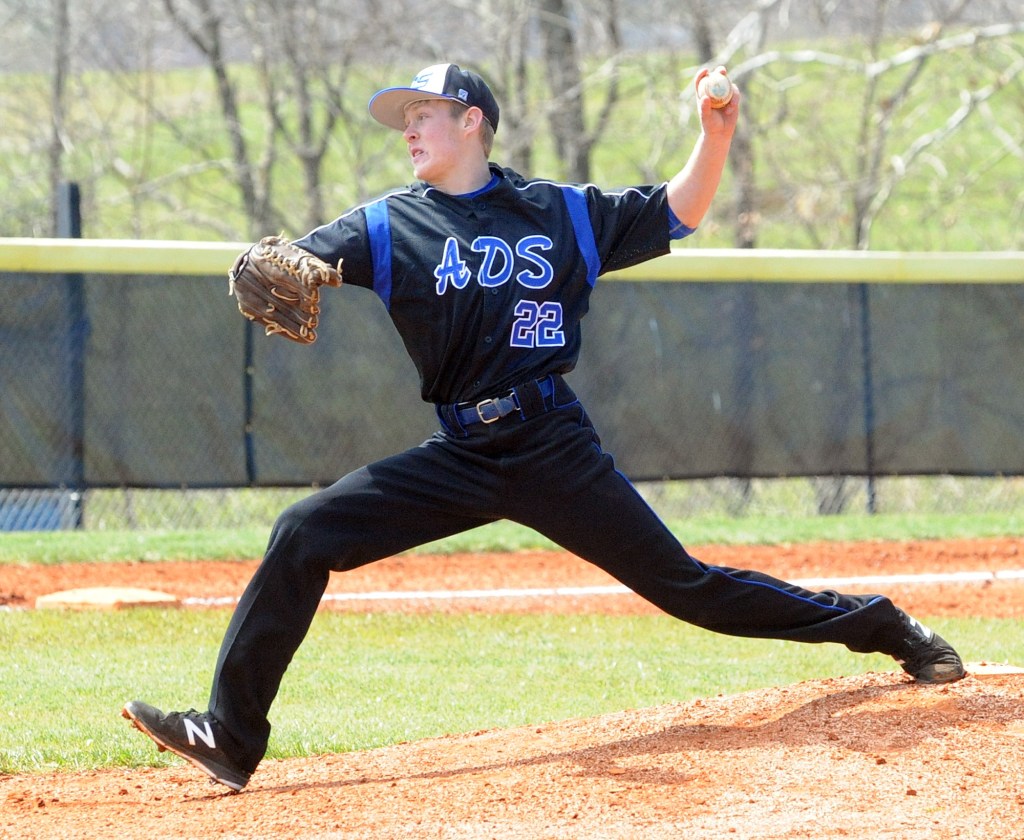 It wasn’t pretty, but Danville fought its way to its fourth-straight victory Saturday against Marion County.

Danville won 3-2 in 10 innings after a sacrifice fly from Mason Schroeder to bring in Brennan Washington. The Admirals are 4-0 to start the season for the first time in four years.

“It’s the sign of a good team, when you’re not playing your best but you find a way to win,” coach Paul Morse said. “Our pitching today, you can’t say enough about it. As bad as we were offensively and defensively, our three guys that pitched today came to play. Not sure if anybody else did on our team or not.”

Austin Mott earned the start for Danville, cruising through the first three innings. Danville scored the first run of the game on a bunt by Zach Dampier, who reached on an error and Schroeder scored.

In the top of the fourth inning, multiple Admiral errors led to two runs crossing for Marion County. Mott’s day ended with 4.2 innings pitched. He allowed four hits and one walk while striking out three.

“You make six errors, you strike out 20 times, you only have four or five hits, definitely not a good day,” Morse said. “But it’s things to build on, you find ways to win and we got six or seven new starters this year that are just figuring out how to play. They’ve never played varsity before. To see them come up when the game is on the line, it’s awesome.

“Mott pitched great. He made an awesome start. Crank came in there in the middle and did really well again, and Zach Dampier has been the man for us so far this year. He’s had four appearances, two saves and a win now in relief. Can’t say enough about them.”

Danville capitalized on a Spalding mistake in the sixth inning when he hit Crank with a pitch. Tanner Ford entered and scored after back-to-back hits from Brian Baxa and Schroeder.

The score was 2-2 for the next three innings.

“Neither team played great defensively, neither team hit it, but both teams’ pitchers really played well,” Morse said. “Early on in the season, that’s kind of what you’re looking at. Pitching is always ahead of offense, in this cold weather, windy, it sucks playing defense.

Dampier entered for Crank in the top of the eighth inning with runners on second and third. He walked the first batter, loading the bases, but a pop out ended the Knights’ threat.

Dampier and Wiser silenced bats for the next two innings, allowing just two hits between them in the eighth and ninth innings.

Washington put the ball in play to start the bottom of the 10th inning on an infield hit to second. Ellison Stanfield sacrificed to send him to second base. Crank walked, sending Baxa to the plate. A wild pitch pushed Washington and Crank to second and third, and Baxa was issued an intentional free pass.

Schroeder stepped up and hit a sacrifice fly to left field, and Washington outran the throw to score the game-winning run.

“It’s a big week and I think the weather is going to get a little better,” Morse said. “A 10-inning game isn’t necessarily what I wanted going into a week where we’re playing four or five games early in the season for pitching reasons. Monday we’re going to have to have some guys step up and suck it up for us. But it’s a big week and hopefully the weather will get better. Early in the season up until spring break, it’s about seeing what your team is and what they can do, what guys can do what, and you can make adjustments at that point. We’ve got another week or two of looking at guys, see what they’re doing, and we’ll go from there.”

Leading the pack: Lincoln’s Young named Player of the…