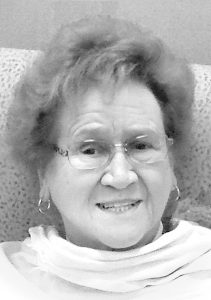 Wilma Robinson, 81, wife of Bill, died Sunday. Born October 8, 1935, in Mercer Co., she was the daughter of the late Marcus McKinnley and Verna (Preston) Watts. She was a retired LPN and was a member of the West End Church of Christ.

Memorials are suggested to: Ebenezer Cemetery Fund or Heritage Hospice.