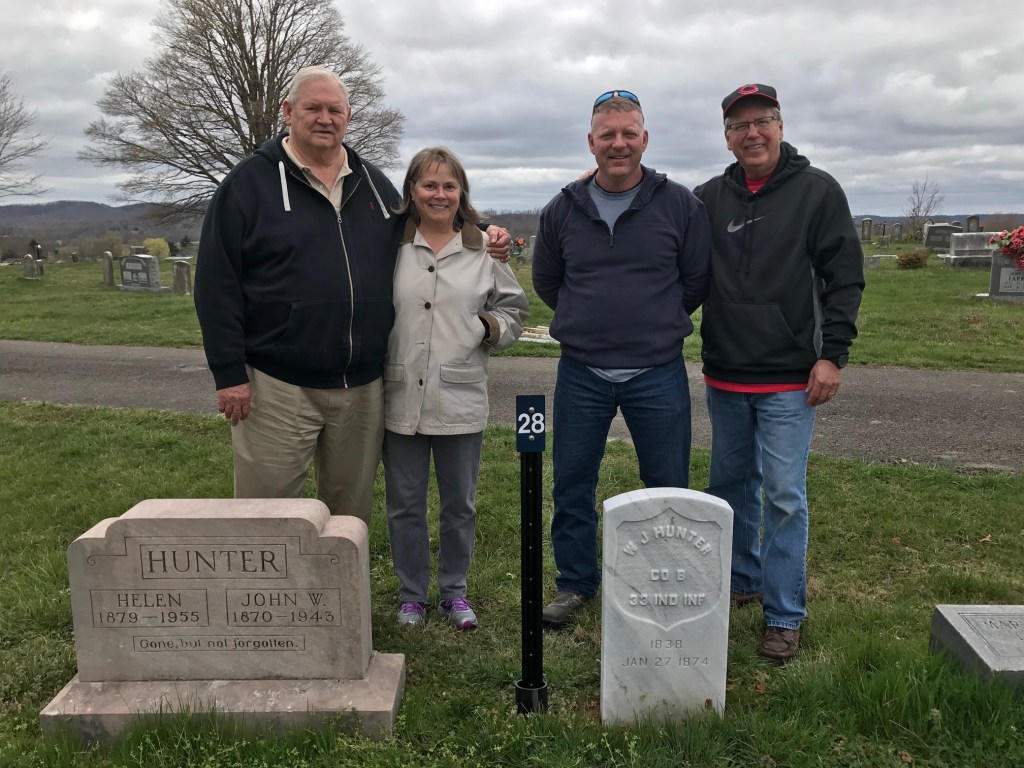 CRAB ORCHARD – New metal posts with numbers have been placed at graves of soldiers who served in the Civil War and are buried in Crab Orchard Cemetery.

Bob and Pam Smithers of Lexington joined John Hunter and his nephew Jeff Cefalu of Cincinnati Saturday and placed the markers at 28 grave sites and for 26 unknown Confederate soldiers.

The unknown soldiers are buried in a circle around a 10-foot marble obelisk monument dedicated in 1872 to Confederate soldiers from four states who fought and died October 21, 1861, in the Battle of Wildcat Mountain in Laurel County.

They were buried at the battle site and reinterred 10 years later in Crab Orchard Cemetery.

The $125 for the monument was raised by the Dramatic Company of Crab Orchard.

David Gambrel, a local historian, researched all the known veterans, and listed each one with birth and death dates, if available, and their unit in a brochure for a self-guided tour of the cemetery.

Dakota Martin, a local Boy Scout, worked at the cemetery for his Eagle Scout project, and Gambrel worked on the self-guided tour of the graves.

Hunter said the old wooden markers at the graves were in bad condition and needed to be replaced.

The new markers were manufactured and donated by Smithers Signs in Lexington, owned by Bob and Pam Smithers.

Hunter’s great-grandfather, W.J. Hunter, who served with Co. B, 33 Indiana Infantry, is among veterans buried in the cemetery.

Other veterans in Kentucky units remembered are:

Oliver Perry King was a musician with the 3rd Ky. Infantry.

Walter G. Saunders was not a soldier but played a role in post war.

Veterans from other states are: