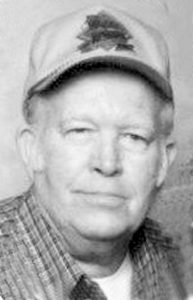 Chester Earl Brown, 72, of Maxey Valley, went home to be with the Lord on Monday, April 3, 2017. Born November 14, 1944, he was the son of the late Earl and Eva Mae Griffin Brown. Chester attended a one room school in Maxey Valley before attending Cox Elementary. He was a Kentucky Colonel, enjoyed hunting and fishing and was a masonry contractor for many years.