Thomas Richard Handloser, 77, of Danville, KY, died April 4, 2017. Born February 9, 1940 in Detroit, MI, he was the son of the late Anthony and Kathryn Handloser. He was preceded in death by his wife of 54 years, Catherine “Pat” Handloser. 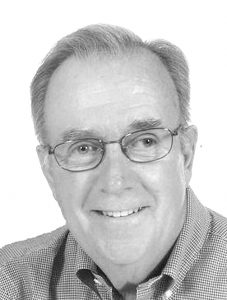 Tom retired after a 28-year career with Whirlpool/Matsushita. He was an active member of SS. Peter and Paul Catholic Church as a Eucharistic minister and as a member of the Knights of Columbus. He also served as Chairman of the Danville Housing Authority Board. But most of all, Tom will be remembered for his love and devotion to his family.

In lieu of flowers, the family suggests memorial donations to Heritage Hospice, American Cancer Society, or St. Jude Children’s Hospital. The online memorial and guestbook are available at www.stithfuneralhome.net.