Transportation Committee could be useful to reconvene, P&Z chairman says 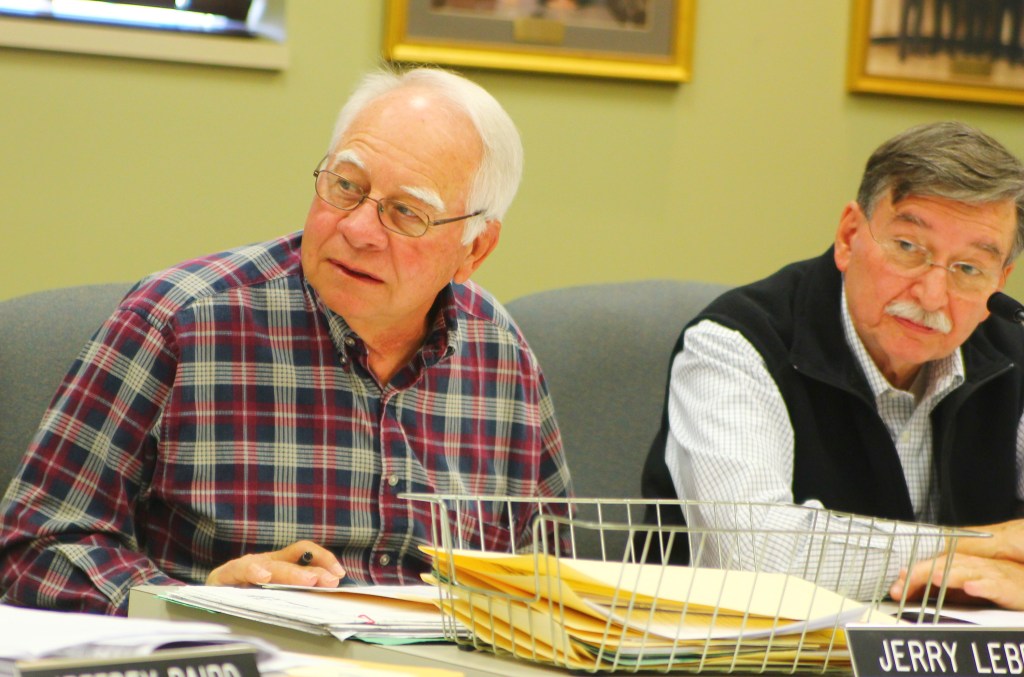 A Danville committee that looked at issues concerning transportation and traffic, including the controversial “road diet” proposal from 2013 and 2014, has not met for years. A member from when the committee met, Planning and Zoning Chairman Jerry Leber, says it could be useful to have that committee around again.

Pedestrian and traffic safety in downtown Danville are once again topics of discussion in the community, Leber said at last week’s Danville-Boyle County Planning and Zoning Commission meeting.

“We were only a recommended committee — we had no authority to take action on anything,” he said. “We just recommended to the county or the city if needed.”

Leber commented on the Transportation Advisory Committee while P&Z was making its annual appointments of officers and committee representatives last week. He said there had been efforts to restart the committee in the past, but none recently.

Asked after the meeting if he wanted to see the committee begin meeting again, Leber said, “I don’t think it would be a bad idea.”

“I think we had some real high-quality discussions,” he said.

Leber said those discussions included when the committee took up the issue of a “road diet” for downtown Danville that was proposed by the state Transportation Cabinet.

In 2013 and 2014, The Kentucky Transportation Cabinet put forward the idea of changing Main Street from two lanes in each direction to one lane in each direction, with a center turning lane and bike lanes.

The state “desires for us to do the road diet,” City Engineer Earl Coffey told the Transportation Committee on Jan. 2, 2014. But state officials would go with whatever recommendation Danville made, Coffey said. The Transportation Committee ultimately supported a recommendation against the road diet and the state canceled the plan on April 9, 2014.

“I think the decision was just to let it go away naturally,” he said. “We already have 13 committees — advisory committees — and that’s a whole lot to keep up with. Because this is one that had not met for so long, we felt like maybe there wasn’t a need there and we just let it go away.”

Perros said it’s usually up to the people put on a city committee to continue meeting regularly and come up with recommendations. He wasn’t sure “one way or the other” about whether bringing back the committee would be useful. The city is already working to tackle issues of safety in downtown Danville, most notably through a streetscape grant it hopes to hear word on “any day,” he said.

“The issue of pedestrian safety is an issue that rests with the City of Danville and the Department of Transportation, particularly District 7, of which the city is a part,” he said. “So, with respect to what can get done, it has to get done between those two entities. … In that context, we all know what the issues and problems are. And those solutions are largely already being addressed by the city and DOT.”

“Do we have a need for more interaction between the city and DOT in regards to our traffic issues in downtown Danville? Absolutely,” Perros continued. “And we will be doing that.”

Perros said the streetscape grant “will go a long way toward providing for some pedestrian safety issues.”

The city is seeking close to $1 million in funding for the streetscape project, which would improve pedestrian walkways, traffic lights and road markings between Second and Fourth streets on Main Street.

Perros said he wants to “underscore that every committee is an advisory committee” that makes recommendations to Danville City Commission. It’s up to city commissioners to decide what to do with those recommendations.