Cemetery clean up day for volunteers to be rescheduled, city crews clean anyway 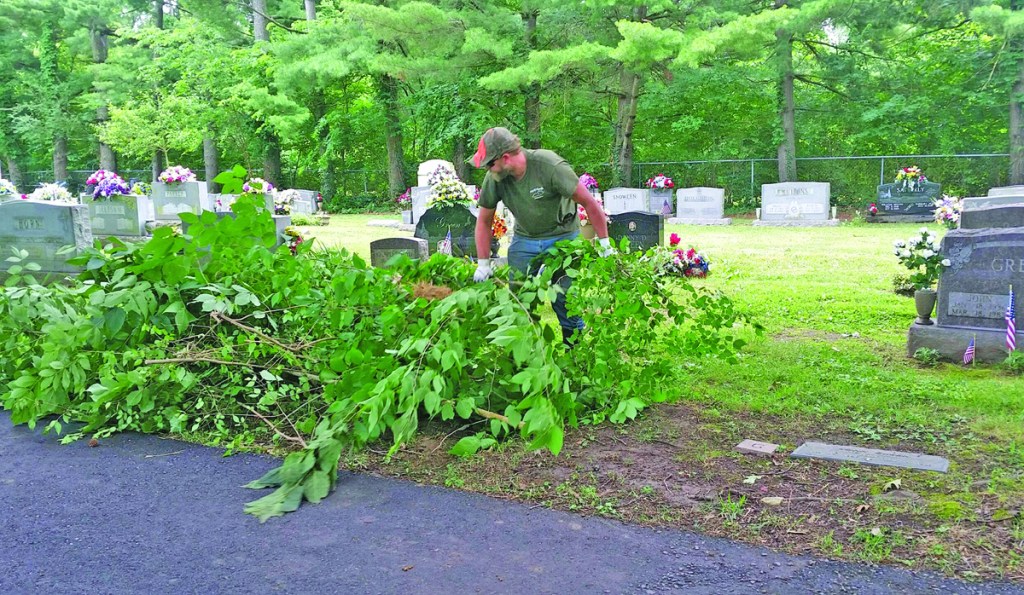 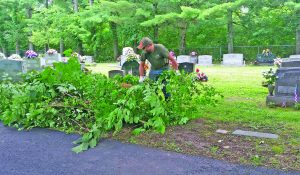 City work crews and summer workers cleaned up the Bellevue and Hillsdale cemeteries on Thursday in lieu of a volunteer workday, which will be rescheduled for sometime later this year.

The day was initially to be filled with volunteers, but due to the threat of rain and the severe heat, said Gail Lewis, cemetery board chairwoman. Board members felt it would be better to reschedule for a cooler date, she said.

Lewis said she had planned to come help anyway, but was unable to due to illness. She generally visits about once a week to work on areas in the cemeteries.

Tom Byerly with the Danville Public Works department said they made use of the day for employees and summer workers, something he had been planning anyway. He said employees like Jason Turner, cemetery supervisor, visit the cemetery weekly to keep the tree limbs cleared.

On Thursday, Turner and others were working to clear the fence row surrounding the cemetery, hauling away limbs and debris.

Lewis said she hopes the volunteers will be able to work in the cemeteries this summer, while the summer work crews are still available to help. If not, they will plan something for the fall.

“I will organize something,” Lewis said.

Anyone interested in helping with future clean ups can call Danville City Hall at (859) 238-1200, and ask to speak to Tom Byerly or Jason Turner. 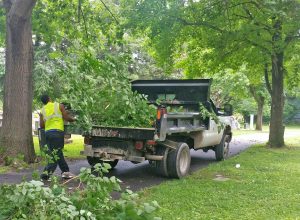 Kendra Peek/kendra.peek@amnews.com
James Patton III, a summer worker, loads limbs onto a truck at Bellvue Cemetery in Danville on Thursday.