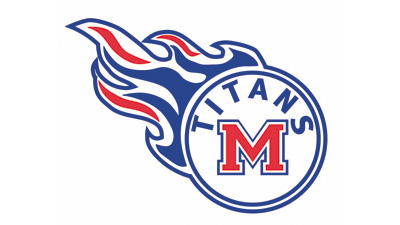 Coach of the Year: Tharp leads Titans to historic season

Early on this season, Mercer County softball was struggling to find a lineup and couldn’t string any wins together. All that added up to a 4-7 record.

Things changed quickly, though, and the Titans went on a tear to win 17 of their final 22 games and finish 21-12. Along the way, they went undefeated in the 46th District and claimed their first district tournament title since 2012.

Success like that starts at the top, which is why Titans coach Robbie Tharp was named The Advocate-Messenger All-Area Coach of the Year in a vote by his peers and media.

“The girls had a great season,” Tharp said. “It started out a little rough, like we normally do, but finished great. We had clear goals in preseason with this group — win the district, compete and win the region. Although we came up short in the latter the two, the first goal was realized.

“We as a team grind everything out. Nothing comes easy to us. We work hard for all that you see on the field. The girls really came together and played hard which lead us to a successful season.”

Tharp said the turning point for the season came during their spring break trip to Florida.

“We figured out what it took to win and how to compete in close games,” he said. “We played good competition in Florida over spring break and although we lost some of those games, we were getting better as a group, loosening up a bit and playing harder.

“The second half of the season was a blast. We had a lot of fun together and won a lot of ball games in the process.”

In four seasons in Harrodsburg, Tharp has gone 80-57. But with the district dominated by East Jessamine during that time, he hadn’t won a district title at Mercer. Fittingly, that changed in the district tournament championship game against the Jaguars when Lyric Houston hit a walk-off home run in the eighth inning for the win.

“To win our district was huge,” Tharp said. “The Mercer softball program has some history of winning the 46th and it was nice for us to get that back for a change. The regular season sweep was really fun and the district tournament couldn’t have ended any better, at home with a walk-off win. It was a really special season for Mercer softball.”

For the second time this year, Sam Adams was voted onto The Advocate-Messenger All-Area team. But this time, the Garrard... read more