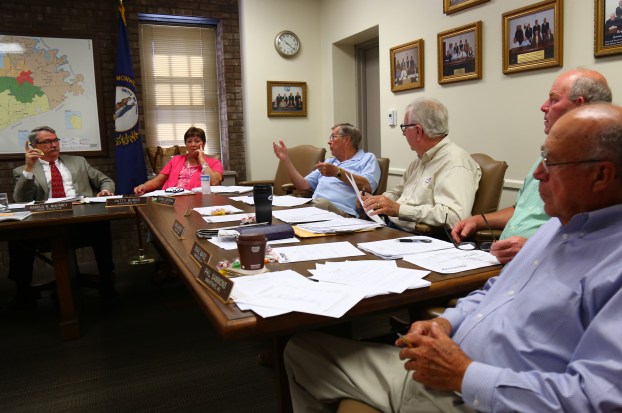 Unlike the City of Danville, Boyle County doesn’t plan on raising any taxes this year. But according to its 2017-18 budget, keeping taxes flat will have a cost: The county is taking an estimated $1.2 million hit to its general fund due to new expenses.

That means tax increases may have to be on the table for the county next year.

“I have been educating the magistrates as we’ve gone through the budget cycle … they understand that they need to look at revenue streams,” Boyle County Treasurer Mary Conley said. “We’re going to look at where we are at the end of this year.”

A wide variety of costs have gone up for Boyle County, while others have gone down, so the increased costs can’t necessarily be pegged to specific items. But the largest increases, when added together, do amount to about the $1.2 million that Conley said is “a fair estimate” of total additional costs that aren’t offset by revenue increases.

The largest single cost increase is attributable to the Boyle-Mercer Joint Jail fund. Boyle County’s share of the costs to operate the Boyle County Detention Center are projected to grow by at least $390,000.

• an estimated $315,000 for the new intensive outpatient drug treatment program; and

Conley noted Boyle and Mercer counties are discussing a change to the current 65-35 ratio for jail costs, which could result in Boyle taking on more of the costs than it’s currently budgeting for. Mercer County regularly has fewer than 35 percent of the jail’s prisoners, but the joint jail agreement currently sets 35 percent as a minimum for Mercer’s contribution.

Other big-ticket increases include:

• $300,000 for the EMS account: This includes “compression adjustments” to salaries because long-time employees were making comparable amounts to new hires; and the purchase of a new ambulance, Conley said.

• $200,000 for 911 emergency services: Boyle plans to pay an additional $95,000 to the City of Danville for operating the area 911 call center, and has budgeted $105,000 to implement “emergency medical dispatch,” which would allow 911 dispatchers to advise callers on how to care for people having emergencies.

Because Boyle County didn’t raise taxes this year, it was able to pass first and second readings of its $22 million budget without generating the attention Danville did. The city voted to increase its payroll tax by four-tenths of a percent and its net profits tax by half a percent.

The second reading of Boyle County’s budget passed unanimously with a voice vote on June 27, without any public comments.

Asked Thursday if Boyle’s $1.2 million in new costs would be a direct hit on the county’s general fund balance, Conley said, “Yes; right now it is.” Boyle County is entering the new fiscal year with approximately $4.95 million in its general fund, she said.

Looking beyond this fiscal year, Conley noted there will likely be additional new costs associated with whatever Boyle County decides to do about its jail. The county plans to determine this fiscal year whether it should renovate, expand or rebuild the current jail facility, which has been in use for nearly 20 years and is regularly well over its stated capacity of 220 beds.

Conley said if it can be worked out, the county hopes to not have to pay on a new jail or jail upgrades until it finishes paying off the current jail — something that will happen in February 2019. But “there may be some overlap,” she said.

Even if the county can avoid paying on two jail facilities simultaneously, construction costs are far higher today than they were when Boyle County built its current jail, so the new debt service could be substantially more, Conley said.

“None of that is even in this budget,” she said.

One dead after crash on Perryville Road

This story was updated July 6 with the name of the woman killed in the wreck. A Parksville woman has... read more