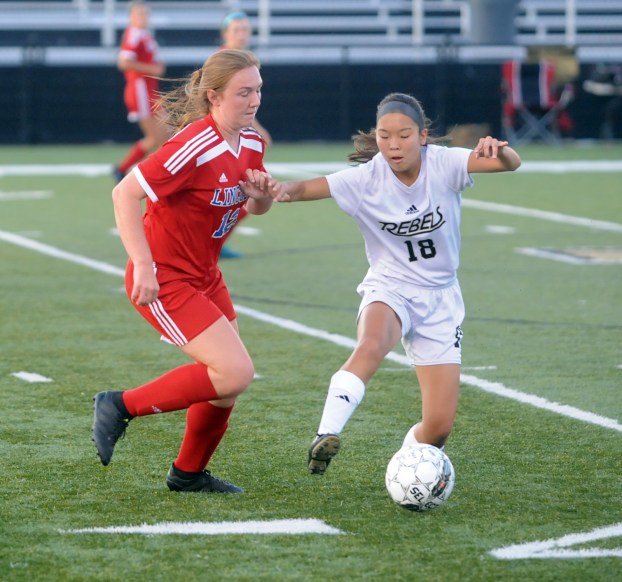 Brian Deem wanted a response from his team.

“I’m proud of my kids after Saturday night’s game,” Deem said. “We had an opportunity to win a little early-season hardware and we didn’t come to play. Henry Clay smashed us in the mouth, we had a little heart to heart before practice yesterday, laid some things out there and we had a really good practice. They responded well.”

It was Boyle’s first home game of the season, and the Rebels spread the goals around: Eight different players scored and keeper Sarah Burns posted her second shutout of the season.

“We did a lot of things right tonight that we’ve wanted to do,” Deem said. “We’re still not there, but I’m proud that we were trying to be coachable and do what we want them to do, do the little things.”

Part of that was countering the offside trap — Lincoln County caught the Rebels offside 10 times, Deem said, but his team didn’t get frustrated.

In their first game of the year against Boone County, Boyle was caught offside 15 times.

“We’ve worked on our kids, trying to do the best we can and break the habit of just going forward,” Deem said. “We’ve got speed so we want to use it, but we’ve got to be smart on how we use it. I think tonight, we did a good job of adjusting.”

The game ended 19 minutes into the second half when Amanda Cosssentine scored the 10th goal of the game, enacting KHSAA’s “mercy rule.”

The Rebels weren’t at full strength on Wednesday: Starters Chelsea Moore and Emily Knetsche were both out. But Deem said he’s fine resting players after a tough first week of the season.

“It has been a really gruelling first week for us,” he said. “And (tonight) we’ve got LCA, and next week we’ve got the rest of our district matchups. Danville is going to be a tough one, they’re undefeated right now and they’re finding ways to win. We’ve got to make sure we get ourselves ready because Danville will be ready to play.”

After Danville and Garrard County next week, it’s top 25 opponent Newport Central Catholic and then a top 10 showdown with Sacred Heart.

“For us to compete for region titles, we’ve got to see great soccer as much as possible,” Deem said. “That’s our plan.”

The team has stepped up after graduating key seniors from last year and with players out early this season, Deem said.

“I think right now, Abby Howard is doing a really good job,” he said. “We’re moving so many people around. I think Nicole Mingey has done a good job in a new position, so has Lindsey Warinner. Lindsey Wren is playing well. It’s really not just one person, I think it’s a number of them. I like what I’m seeing in terms of how they’re adjusting to things.”

Against Lincoln County, Deem put freshman Hailey Cannon in a new spot out wide. She scored one goal in the win.

“The kids tonight that really stood out to me were Abby Carter and Hailey Cannon,” Deem said. “We moved Hailey Cannon yesterday, gave her a crash course on what we wanted her to do. And she got behind the defense all night long. She’ll learn to finish those goals.
“I like how we all picked up our intensity and our level of play, with Emily and Chelsea out tonight. We’re a little banged up, a little thin, but we’ll be alright.”

HARRODSBURG — Boyle County wanted to come into 2017 with a statement. The Rebels did that, beating 4A John Hardin 41-6... read more