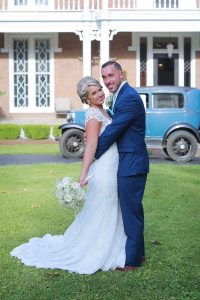 Hannah Grimes and Brent Cain were married May 20, 2017, at Warrenwood Manor in Danville, Kentucky by Pastor Andrew McGinnis of Hustonville Baptist Church.

A reception was held after the ceremony at Warrenwood Manor.

The bride is the daughter of Sammy and Kim Grimes of Stanford. She is the granddaughter of Ronald and Janice Baird, of Hustonville; and David and Jo Irvin of Wilmore and the late Sammy Grimes of Wilmore. She is a graduate of Lincoln County High School and holds a bachelor’s and master’s degree from Western Kentucky University. She is employed by Total Pediatrics in Somerset.

The groom is the son of Pam Roberts of Stanford and Stephen and Sharon Cain of Cincinnati, Ohio. He is the grandson of the late Norman Roberts-and June Roberts-Williams (Sherman) of Stanford; and RC Cain of Liberty and Saundra Cain from Cincinnati, Ohio. The groom is a graduate of Lincoln County High School, and holds an associate’s degree in Surgical Technology and a bachelor’s degree in Health Sciences from St. Catherine’s University and an associate as a Surgical First Assistant from Madisonville Community College. He is employed by Ephraim McDowell Hospital.

The couple resides in Stanford. 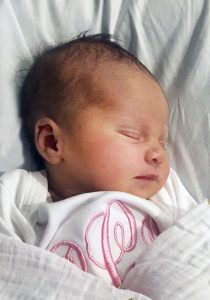 Doug and Catherine Cornish, of Harrodsburg, announce the birth of their daughter, Beckham Grace Cornish. She was born at 9:05 a.m. Aug. 3 at Central Baptist Hospital and weighed 6 pounds 5 ounces and was 19.5 inches long.

Beckham joins a proud big brother, Maddox Cornish. She is the granddaughter of Phil and Mary Catherine Rowland of Gravel Switch and Terry and Carla Cornish of Harrodsburg.

The class of 1957 Hustonville High School celebrated their 60th anniversary with dinner at the McKinney Depot Restaurant on Saturday, August 26, 2017. Fourteen members attended from a class of close to 50, with all having a great time. The most distance traveled to attend were Smith T. Powell from Irving, Texas; Elmer Leece from Willard, Missouri; and Jones Lee Ferrell from Huntsville, Alabama. 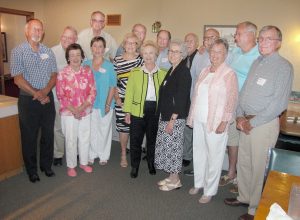 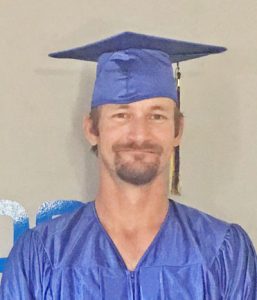 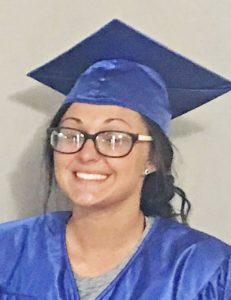 Wilson and Carrier two of the participants who will graduate from the IOP on Monday, the first graduation from the program.
Recent EMRMC births

July 27 — A girl, Elliott Brooke Wiersma to Jessica and Ryan Wiersma of Danville.

July 31 — A boy, Rowan Joseph Wheatley to Ciara and Bryan Wheatley of Lebanon.

August 1 — A girl, Felicity Odette Toohey, to Lindsey D. Toohey and Christopher A. Toohey from Stanford.

August 14 — A girl Kinsley Marie Spain to Brittney and Ricky Spain of Harrodsburg.

Morning Pointe of Danville residents witnessed a rare celestial event as the Great American Solar Eclipse made its path across the Southeast. It’s likely that many of the residents hadn’t witnessed the heavenly spectacle since 1979.

Morning Pointe seniors, associates, families and volunteers camped out in the courtyards at the personal care and Alzheimer’s memory care community, snacking on Milky Way bars, Cosmic Brownies and Rocket Pops while practicing solar eclipse viewing safety with the help of ISO-certified glasses. 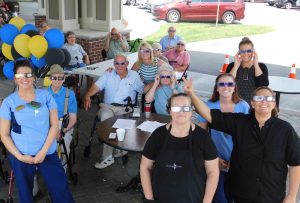