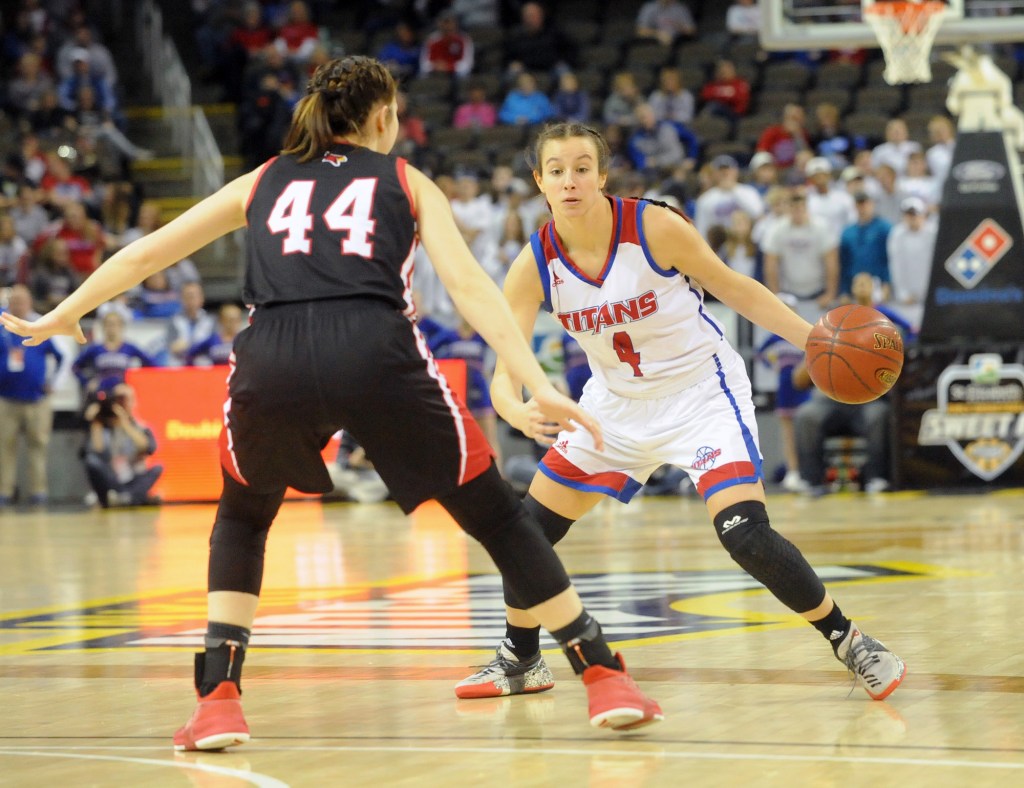 HIGHLAND HEIGHTS — Mercer County showed it can play the slow game, too.

The Titans took down George Rogers Clark in the state tournament semifinals 44-27 on Saturday with a strong defensive performance to move on to their second-straight state title game.

GRC scored just two points in the first quarter and single digits at halftime as Mercer alternated between a 2-3 and 3-2 zone and the Cardinals couldn’t adapt.

“I just told the girls in there that, probably since they’ve been in high school, that’s the best defensive performance that we’ve had,” head coach Chris Souder said.

GRC defeated Elizabethtown 42-35 (overtime) on Friday in the state championship quarterfinals in a slow game, something that coach Souder said he and his team expected in Saturday’s contest.

“Nothing surprises me with this bunch, they really adapt,” coach Souder said. “We knew it, GRC is a great basketball team, they’re good defensively. You saw how they had to grind out that win against E-town. We told them that today, ‘I don’t want it 19-18 going into the fourth quarter, that’s in their favor. So we might have caught them off-guard a little bit with the zone because we’re typically in-your-face, getting after you all the time.”

The Titans also won the rebounding battle for the first time this tournament, securing 25 rebounds to GRC’s 20.

“We knew that they were going to try to bully us on the boards, we really emphasized that you can’t let (Shamaya) Behanan control the glass, and we did a really good job there, too,” coach Souder said.

Emma Davis led the Titans with nine rebounds and had eight at halftime. Emmy Souder had seven rebounds to go with 10 points and three steals. Seygan Robins didn’t score a shot from the field until the fourth quarter, finishing with seven points and five assists.

Now, Mercer will play in its second-straight state championship, Sunday at 2 p.m.

“We talked about it a little bit, through the region and through this, they were stressed a little bit,” coach Souder said. “Thinking the expectations were just too high, ‘you’ve got to get back to the state championship,’ those kinds of things. We just tried to get them to relax and play the game that you’re in. They’ve bought into that.”