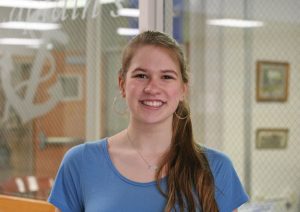 • Elisabeth Nesmith is choosing between four or five colleges, such as Smith, Centre and Rhodes colleges, after high school. She is currently undecided on a major.

“I want to go to a liberal arts college so I can have a chance to explore my different areas of interest,” she said. “I want to do something that’s involved in social justice. That’s something I’m pretty passionate about.”

Last year, Nesmith interned at Kentucky Refugee Ministries and said that opened her eyes up to that type of work. She wants to do a similar type of work in the future.

“I was inspired to go do that because my church had helped sponsor a family to come here,” she said. “That’s what spurred it.”

Nesmith attends Trinity Episcopal Church and participates in a youth group, which includes youth from Presbyterian Church of Danville and First Christian.

“That’s a pretty large part of who I am,” she said.

Nesmith is a swimmer on her high school team and also on a club team in Lexington, and plans to continue in college.

She has also participated in the Junior State of America organization.

She said it was important to mention her family.

“My parents have always done such a good job of reassuring me that I can do anything, that I can do what I want and achieve that,” she said.

Nesmith is the daughter of Bob and Lisa Nesmith. 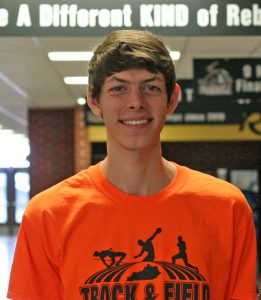 • Malik Allahham is currently undecided on which college to attend, but said he’s interested in electrical engineering.

Throughout high school, Allahham has been a member of the school’s cross country and track teams. He’s also participated on the academic team.

He’s been a member of the Heritage Area Strings Program for several years, which is how he learned to play violin. Allahham said he enjoys it.

Allahham is an active member of the Fort Logan Church of Christ.

He is the son of John and Carla Allahham.

• Jackson King has settled on the University of Kentucky, where he wants to study a dual major in computer science and physics. 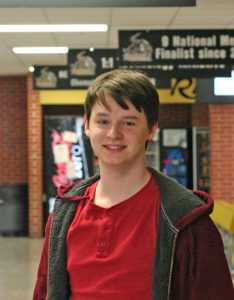 “I plan on eventually going on to graduate school, probably to enhance my physics degree,” King said.

He said “the dream” is to go into a drone or rocket program, or working for SpaceX at NASA.

King shared that he worked with his father, a civil engineer, for a little and said he learned it’s not for him.

“That’s not my field. I built a respect for that path,” King said. “It was tough — surveying, at least, was.”

King has been “fairly involved” in 4-H and participated on the academic team for the first three years of high school.

• Chance Naylor is planning to go into aerospace engineering. 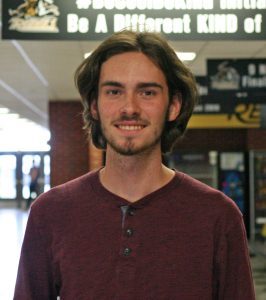 “I wanted to be an astronaut as a kid,” he said, but said he wasn’t sure if he was physically cut out for that career. Now his interest is in building and creating spaceships or drones.

Naylor hasn’t yet settled on a college, deciding between U.K. and Texas A&M.

“Both have good engineering programs,” he said.

While in high school, Naylor played soccer. He’s currently the president of the school’s Y-Club and the secretary for the National Honor Society.

He’s the son of Rob and Vicki Naylor.

• Hannah Sharp is going into the first-year engineering program at U.K.. She’s not yet sure what career she wants to pursue with that. 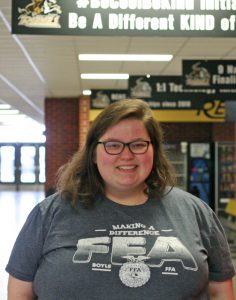 “The first-year engineering program is exploratory, so there’s some classes I’m interested in and excited for, to help me decide,” Sharp said. She loves math and chemistry.

“I would like to be able to bring all of that together, help people and make the world a better place,” she said.

Throughout her time in high school, Sharp has been involved with Future Farmers of America. This year, she’s the chaplin of the school’s chapter.

“I’ve gone (there) since I was two weeks old,” Sharp said.

She has been a math tutor in high school. She considered teaching as a career path, but has decided against that.

Sharp is the daughter of Tim and Jane Sharp.

According to the nationalmerit.org website, to qualify for consideration to be a National Merit Scholarship Finalist, students must take the PSAT their third year of high school.

Scholarship winners are chosen from the pool of finalists based on abilities, skills and accomplishments.