FRANKFORT – Gov. Matt Bevin has appointed Timothy C. Peters of Harrodsburg as a member of the Kentucky Heritage Council. Peters has completed dozens of historic renovations and restorations and is founder of T.C. Peters Construction. He will serve for a term expiring Aug. 6, 2021.

The Kentucky Heritage Council consists of no more than 16 members dedicated to the preservation and protection of Kentucky’s heritage. The Council reviews and recommends projects, encourages, coordinates, and promotes historic preservation programs, and maintains an inventory of historic buildings throughout the Commonwealth. 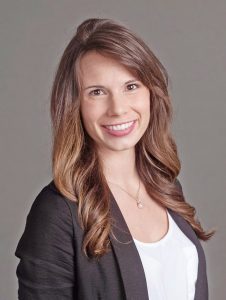 Beth Mobley has accepted a loan officer position with Central Kentucky Ag Credit and will work in the Danville branch, serving Boyle and Mercer Counties. Mobley brings a wealth of knowledge in agricultural lending to the Association.

Most recently, Mobley served as Director of Loan Programs for Kentucky Agricultural Finance Corporation in the Governor’s Office of Agricultural Policy (GOAP). In this position, she worked with lenders across Kentucky to understand and effectively utilize loan programs and other GOAP resources. Prior to her time in the GOAP, Beth was a customer support specialist for Farm Credit Mid-America in Lexington.

Mobley is a native of Woodford County and grew up on a farm with horses, goats and chickens.

Currently, Mobley and her husband, Jason, reside on 15 acres in Mercer County and raise chickens. They are the parents of a 3-year-old daughter, Adalynne.

Mobley said, “I am thrilled to be a part of the Danville Ag Credit team and to work with the residents of Boyle and Mercer counties. After working with numerous organizations across the state, I found a great admiration for Ag Credit’s dedication to ensure the prosperity of their customers. I am blessed by the opportunity to use my knowledge and resources to strengthen our agricultural and rural communities.” 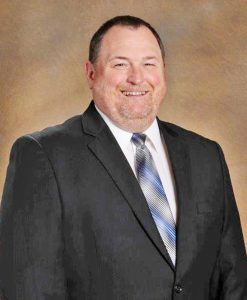 Dickison joined the Farmers National Bank credit department in 2009, and he previously served as a Loan Support Analyst. He resides in Danville with his wife and two children, and is a graduate of Eastern Kentucky University.

Powell elected to Farmers Board of Directors 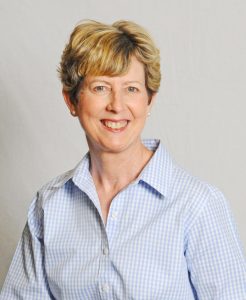 Patti Powell, president of Stuart Powell Ford-Lincoln-Mazda, has been named to the Farmers National Bank Board of Directors.

A Danville native and resident, Powell has worked in the automotive industry for nearly 30 years and is a graduate of the National Automobile Dealers Association Dealer Academy. She had previously served on the bank’s Boyle County Community Board.

“We are very pleased to add Patti to an already strong board,” said Greg Caudill, CEO of Farmers National Bank. “She brings a solid business background, and a deep knowledge and commitment to our community. We look forward to her continued contributions to our organization.” 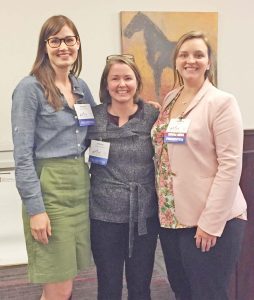 A group of Ephraim McDowell Health speech therapists — Michele Zaparanick-Brown, Bethany Berry and Mindy Bullock-Davidson — gave a presentation at the Kentucky Speech Language and Hearing Association’s annual conference in Lexington on Feb. 22. The conference was open to speech therapists state wide and topics addressed both children and adults with communication and swallowing disorders.

Their presentation discussed voice and swallowing issues following Anterior Cervical Discectomy and Fusion (ACDF) surgery. They also discussed Ephraim McDowell’s pre-operative spine education program. The sessions were well attended and their presentation will be submitted for consideration to the national American Speech Language-Hearing Association’s conference in Boston scheduled this November. 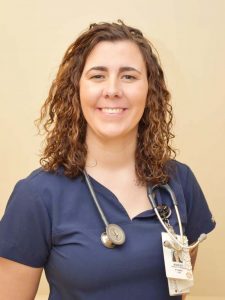 Ephraim McDowell Regional Medical Center (EMRMC) is pleased to recognize and honor one of its nurses for her extraordinary patient care. Ashley Thomas, LPN, a nurse in the Medical/Surgical Unit, was one of many nurses nominated for the DAISY Award. A resident of Boyle County, Thomas has been caring for patients at EMRMC for just over a year.

She was nominated by a patient that said, “Since we’ve been here, she has stood out among her co-workers and continues to show the same each day as far as going above and beyond for us and making sure we’re comfortable and our needs met.  She takes her time to get to know us. I’ve seen her be a great role model asking co-workers do they need anything, she has exceptional care and concern and compassion for patients. She’s extraordinary in every way from personality to care and doing for her patients. She is a prime example of this award and so very deserving. She is special and has made us feel special.”

Ephraim McDowell is proud to recognize nurses with the DAISY Award, a national program that honors the compassionate care and clinical excellence that nurses bring to their patients every day.  Nomination forms for the DAISY Award are available at various locations throughout EMRMC and Ephraim McDowell Fort Logan Hospital. 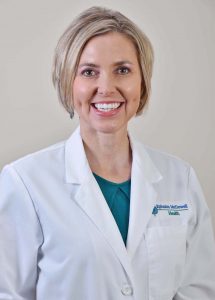 Ephraim McDowell Health welcomes sleep disorders specialist, Klark B. Turpen, M.D., to the medical staff.  She will be seeing patients at the Ephraim McDowell Specialty Center, located at 216 West Walnut Street in Danville.

Turpen lives in Danville with her husband, Ryan Turpen, M.D., who is a local urologist.  They have three girls, Rhodes, Parker and Rollins.  During her free time, she enjoys cycling, swimming and spending time with friends and family. 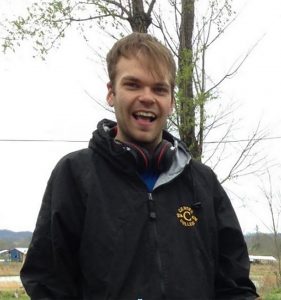 Daniel Thompson, a Centre College junior and Bonner Scholar, was chosen as a result of his three years of outstanding volunteer service for the group.

As a biochemistry and molecular biology major at Centre, Thompson has fully completed one research project related to artifacts discovered while working on the Shelby City African-American Cemetery Project based in Junction City. For this project, he chemically analyzed pieces of rare glassware and was able to identify their composition and approximate date of manufacture.

In an upcoming project this spring, he will be studying multiple examples of concrete grave markers to try to determine their origin and age

Thompson has also assisted the organization in grant writing and web page development and will soon be heading up fund raising for the group. A native of Hazard, Thompson has participated in several other projects focused on social justice, food insecurities, and healthcare needs of the homeless.

The Bluegrass Chapter of the Kentucky Federation for Advanced Manufacturing Education (KYFAME) held its annual meeting at the Georgetown campus of BCTC on Friday March 2.

In addition to a brief review of chapter activities and the election of officers for 2018-19, manufacturing companies were recognized for their past and present sponsorship of students in the Advanced Manufacturing Technician (AMT) programs at both the Georgetown and Danville campuses.

The AMT program was created by Toyota Motor Manufacturing Corporation and Bluegrass Community and Technical College to address the growing need for skilled manufacturing maintenance technicians and the lack of qualified candidates in the region. After the initial two years as an exclusively Toyota program, other area manufacturers were added as sponsors for participating students.

In fall 2015, the AMT program was added at other regional campuses in KCTCS, including the Danville campus.

As of fall 2017, a total of 10 KCTCS campuses offer the AMT program. In addition to Kentucky, FAME chapters now also exist in Indiana, West Virginia, Tennessee, Missouri, Mississippi, Alabama, and Texas — with over 300 companies participating as sponsors.

Students in the AMT program are selected by a manufacturing company before they begin their academic course work. AMT students take classes two days each week in a setting similar to an open manufacturing environment. In addition to a full-time student academic load, AMT students work a minimum of 24 hours per week for a sponsor company.

Classroom learning can be applied almost immediately at the sponsoring company. At the end of the 15-month program, students graduate with an Associate in Applied Science degree, approximately 2,500 hours of on-the-job training and work experience, and potentially zero student loan debt.

The AMT program at the Danville campus is currently limited to 12 students per year due to the size of the traditional lab and classroom architecture. The Danville campus is actively seeking local funding to add to the $2.736 million grant from the KY Work Ready Skills Initiative in order to construct an Advanced Manufacturing Center that will enable it to double the capacity of the AMT program and other, in-demand technical training programs.

More information on the AMT program can be found at bluegrass.kctcs.edu/AMT

About 100 girls will benefit from The Prom Project

A senior at Boyle County High School is working with other adult volunteers to make prom a magical evening for... read more