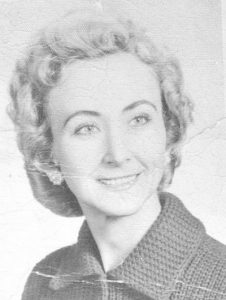 In addition to her parents and husband, she was preceded in death by nine siblings.

Visitation will be Friday, March 30, 2018 from 5-9 p.m. at Spurlin Funeral Home Chapel, Stanford. Funeral service will be 11 a.m. Saturday, March 31, 2018 at the funeral home with Reverend Roger Price officiating. Burial will follow at Parlor Grove Cemetery in Waynesburg, KY. Casketbearers will be her grandchildren.