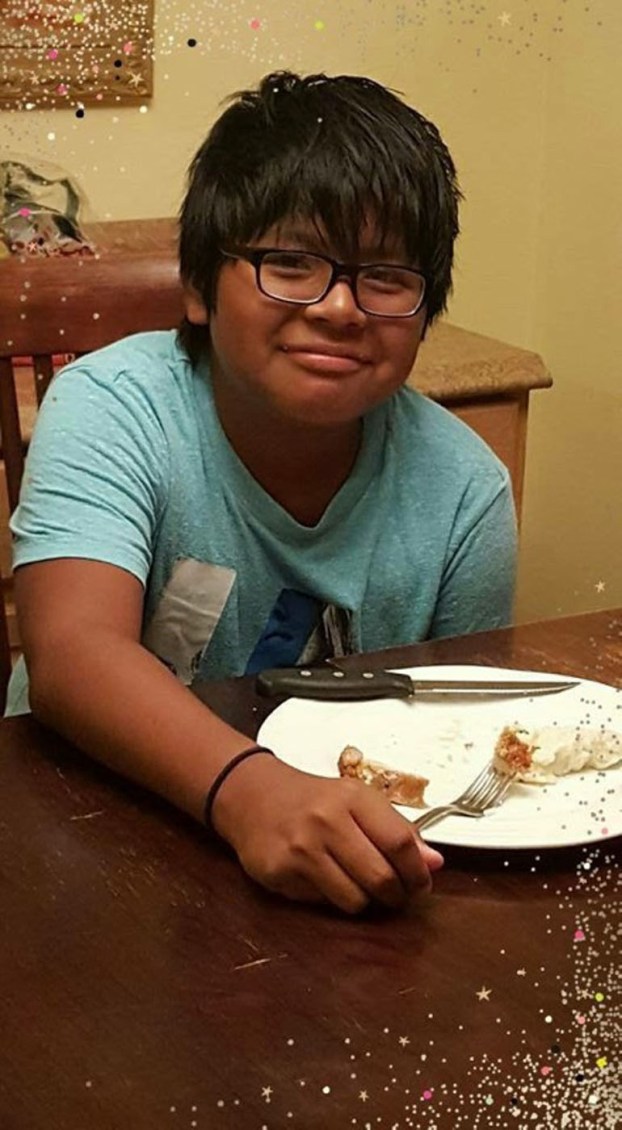 UPDATE: As of 1 a.m. Saturday, Boyle County Sheriff’s Deputies confirm Jefferson LeDonne has been located and is unharmed.

A Danville teen has run away from his home and the Boyle County Sheriff’s Office is asking for the public’s help in locating him.

Jefferson Isaac LeDonne, 14, apparently ran away from his home on Spears Lane sometime between Thursday night and Friday morning, Deputy Kyle Lyons said. His mother reported him missing Friday morning and Lyons responded to the home around 9 a.m. According to a missing persons report, LeDonne left note stating that he was running away.

LeDonne is 5-foot-4; weighs 135 pounds; and has black eyes, black hair, a medium build and a dark complexion, according to the missing persons report. He was last seen wearing a dark hoodie, dark jogging pants and tan boots.

Lyons encouraged anyone who spots LeDonne to call 911.

“As far as I know he’s not a danger to himself and he shouldn’t be hostile,” he said. “It should be OK but it’s probably best to contact the Danville 911 center so they can send someone out to make contact with him.”

Danville may take action on condemned property in April

The City of Danville is looking into action it can take concerning seven condemned properties, and the process can’t go... read more