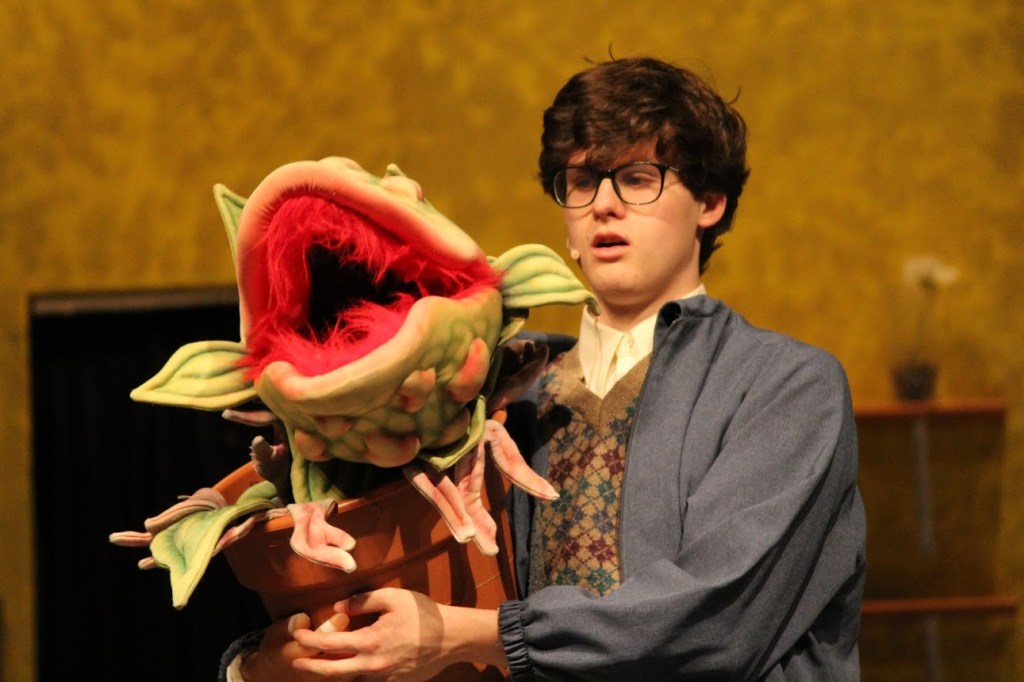 “Little Shop of Horrors” was one of Beth Marlowe’s favorite movies growing up.

“My 16-year-old self has been geeking out that I’m able to direct this show …” Marlowe says about the production going up Thursday and running through Saturday at Danville High School.

But casting the show was scary.

“In years past, we’ve had seasoned singers who ended up at Juilliard and Belmont for vocal music. We knew this was going to be tricky to cast,” Marlowe says, which is why she originally said she couldn’t direct. She was too busy and knew it would be tough to work with a group of kids on a musical like this who weren’t experienced. But they couldn’t find anyone else to fill the director’s spot, and she hated the idea of a musical not happening.

“I finally agreed, but — honestly, to myself — I knew this would probably end up being a very mediocre show because we just didn’t have the pool of students we’d had before.”

So, Marlowe says she went into the auditions knowing it was going to be tricky. Not to mention, she thought she just knew they didn’t have the males they needed for roles, and was hoping to get lucky and get someone “who could be easy to work with and hopefully carry a tune.” She’d already decided to cast the plant as a female, again, because she “knew” she wouldn’t find what she needed at auditions.

Marlowe says these unseasoned, untrained, unexperienced kids are doing nothing short of killing it.

“My Seymour (played by Barrett Minks) — don’t even get me started. This is the first musical he’s ever been a part of, and only his second play ever, and he is great.”

Another standout Marlowe mentions is Natalie Grubbs, who plays the role of Audrey. “She isn’t a seasoned singer, but she has worked so, so hard on this character, and some of the moments she has will get you.”

Marlowe says to sum it up, she’s enjoyed this experience more than she ever dreamed she would.

“You will just not believe some of the moments we have during this show. The three girls who basically act as the Greek chorus, are wonderful,” Marlowe says, referring to Corbyn Denson, Lina Morales and Pagie Glasser. She says that oddly enough, this is probably the best chorus she’s had in any musical she’s ever directed at DHS.

“The girls in the chorus are just remarkable, dedicated and very talented. As you can tell, I’m extremely proud of this group of kids…”

The story is about a down-on-his luck guy who lives and works in a flower shop on Skid Row, Marlowe says. One day, he happens upon a strange and unusual plant — little does he know, this plant has plans of his own.

“The show is rated PG-13, and there’s a bit of language and some death scenes. It’s funny and campy, but we want for everyone to know what they’re coming to. Everyone should see this — it’s a classic.”

Although Marlowe knew the piece well due to her personal love for it, she says she’s found a fresh appreciation for it through the directing experience.

“If you aren’t a fan of musicals, but always enjoyed those old sci-fi movies, like ‘Attack of the Killer Tomatoes’ type movies, you will love this show.” 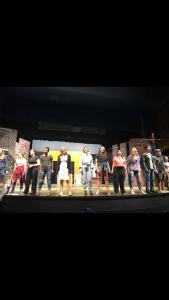 Marlowe says she could come up with several ideas of how she hopes the audiences leave feeling after seeing the show, but first and foremost: She hopes they go away feeling proud of these kids in the community who stepped up, got themselves out of their comfort zones, took risks and rose to the occasion. Some of the kids are just remarkable, she says, and she hopes that fact shines through.

“So many days, after working all day, I’d just want to go home. I’d almost dread going to rehearsal, but as soon as I’d walk in, my entire mood would change. They are so positive, uplifting and remarkable in every way you can imagine,” Marlowe says. “I think people will walk away with a tune they can’t get rid of — these songs stick with you. And maybe they’ll think twice before watering their plants at home ….”