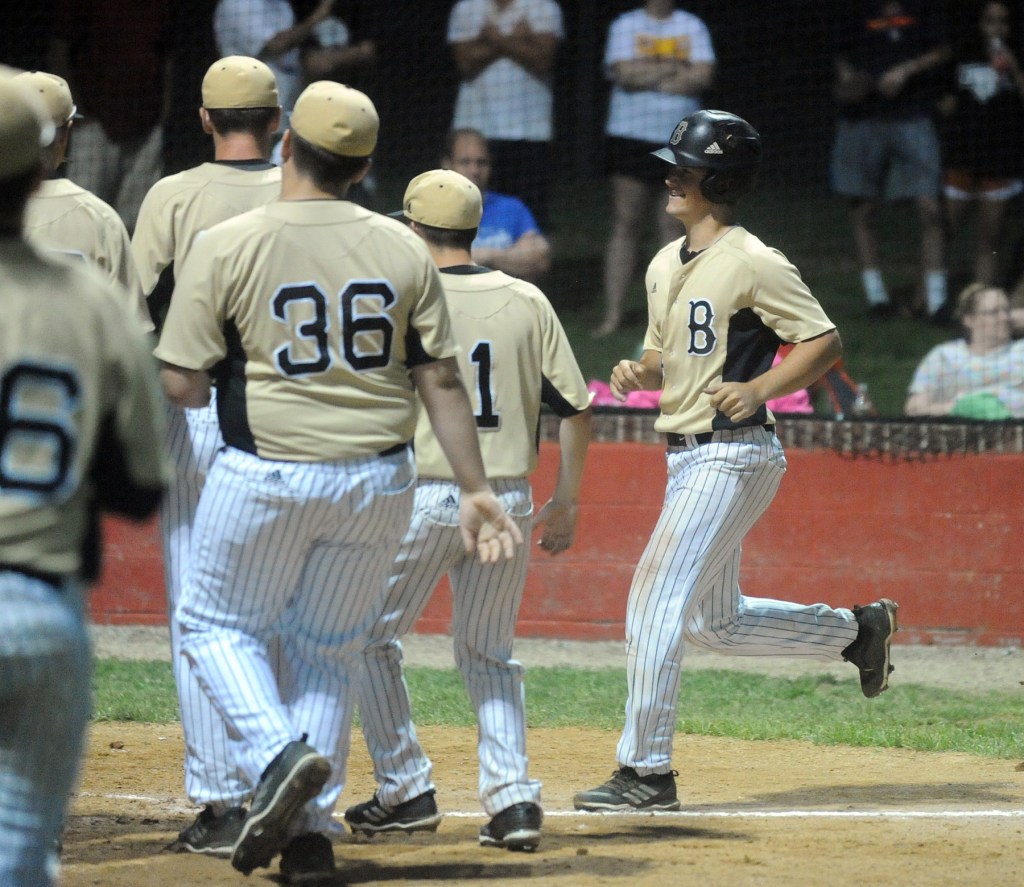 LANCASTER — Boyle’s bats were on fire.

The Rebels took down Lincoln County 17-2 in five innings for a district tournament semifinal victory Monday in Lancaster.

Boyle plated seven runs in the third and fourth innings, with nine different Rebels getting at least one RBI.

“Postseason, you want pitching and some timely hitting but when you swing it around like we did tonight, it takes a lot of pressure off of your pitcher,” Boyle head coach Kyle Wynn said. “Blake (Samons) threw really well on the mound tonight, but one through nine tonight, we were barrelling the ball up well.”

Both Lincoln hits were solo home runs: Alex Hutti and Kyle Nevels went deep in the fourth and fifth innings for the Patriots.

“Sometimes you can settle in on someone in the second at bat, but they mixed it up and we were still able to get a hit, change approach,” Wynn said. “Hats off to our guys, they did what we asked, made adjustments and were overall good hitters.”

Boyle will face Danville in the district title on Wednesday in Garrard County. With Samons pitching a complete game, the Rebels have plenty of arms they can use against the Admirals.

“We’re just kind of banged up all around, but we’ve got a bunch of arms we feel comfortable throwing out there,” Wynn said. “We just want to get the guys out there that give us the best matchup, the best chance to win.”