A Danville woman is charged with endangering the welfare of her children due to extremely unsafe and unhealthy living conditions.
Dalyla Russell, 33, of 355 N. Fifth S., pleaded not guilty Tuesday to second-degree criminal abuse, involving a minor 12 years old or younger; endangering the welfare of a minor; and possession of methamphetamine and marijuana.
According to files in the Boyle County Circuit Court, the Danville Police Department was called to the home around 11 p.m. March 8 to respond to Russell making suicidal threats. 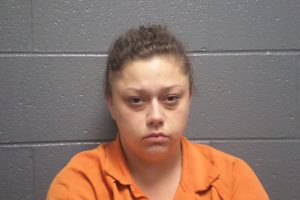 “Upon arrival, officers observed extremely unsafe and unhealthily living conditions within the residence,” the citation reads.
The stove top burners were on; Russell, the mother of the two juveniles asleep in the home, told officers the burners were being used to heat the home. Russell appeared to be under the influence of narcotics, according to the report. Another resident in the home, identified as Joshua Walker, was also under the influence.
The report states the children told officers Walker had been screaming and attacking Russell’s bedroom door with an ax. They also told officers they were not permitted to bathe.
Inside the home, officers found a needle and syringe with a clear substance inside, a container full of used needles, other needles, a glass pipe on the bed containing a substance believed to be marijuana, and “a pink ziplock bag containing a crystal-like substance believed to be methamphetamine.”
She will return to court at 9 a.m. on July 10. She is still in custody and has been given a $10,000 bond.
Also in court
• Brian Lainhart, the man accused of kidnapping a former girlfriend, is getting “frustrated” with how slow it is taking to process evidence in his case, said his attorney in Circuit Court on Tuesday.
Attorney Justin Genco said the Kentucky State Police lab had told him it takes 12 to 18 months to process the DNA. 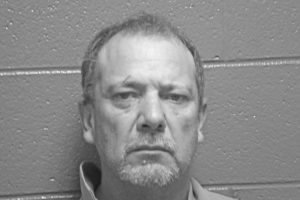 “I told them they get back much quicker on ‘The First 48,’” he said, to a smiling Judge Darren Peckler.
Commonwealth’s Attorney Richie Bottoms said the defense had asked for additional DNA testing he did not ask for, which is the delay.
In referring to this extra evidence, Genco has said in the past, “it’s pretty critical evidence.”
Genco said they had negotiated a potential plea, but wanted to have that evidence returned before they proceed.
The case was reset for a pretrial conference at 9 a.m. on July 10.
Lainhart is accused of kidnapping his former girlfriend on Aug. 11; she was found at a residence on Lebanon Road. She had been stabbed in the back as she jumped from a moving vehicle, according to the Boyle County Sheriff’s Office at the time. Lainhart was located about three hours later on Persimmon Knob Road. 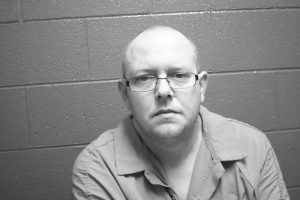 He is facing charges of kidnapping with serious physical injury, first-degree assault, fleeing or evading police and wanton endangerment involving a police officer.
• Ryan Williams, the man accused of buying chainsaws using cold checks, was also arraigned. Williams, of Danville, along with Tony Thurman and Lucy Williams, according to court documents, are accused of “acting together to steal Stihl chainsaws from businesses in Boyle County.”
The trio would write the cold checks to obtain the chainsaws, then sell them on the Facebook marketplace, according to records.
Williams faces multiple counts of theft by deception, including cold checks and 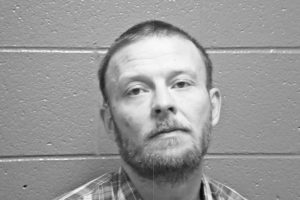 Judge Peckler was asked by the public defender on Williams’ case if it could be reviewed, as Williams had been accepted into Crossroads, a substance abuse treatment facility. Peckler said that Williams had shown no prior instances of substance abuse.
“These are all theft charges,” Peckler said. He denied the request, leaving the bond at a $10,000 cash bond.
• Also arraigned was Steven Maxwell, 42, of Perryville, the man accused of stealing from Camp Horsin’ Around. He entered a not guilty plea.
Maxwell faces charges of third-degree burglary, theft by unlawful taking under $500 and over $10,000 and unlawful transaction with a minor. The charges stem from series of visits by Maxwell and two juvenile family members to Camp Horsin’ Around in western Boyle County on Sept. 27, 2017, Dec. 8, 2017 and Feb. 9, 2018.
Maxwell remains lodged in the Boyle County Detention Center on a $5,000 bond.