Rebels get some alumni help before region title 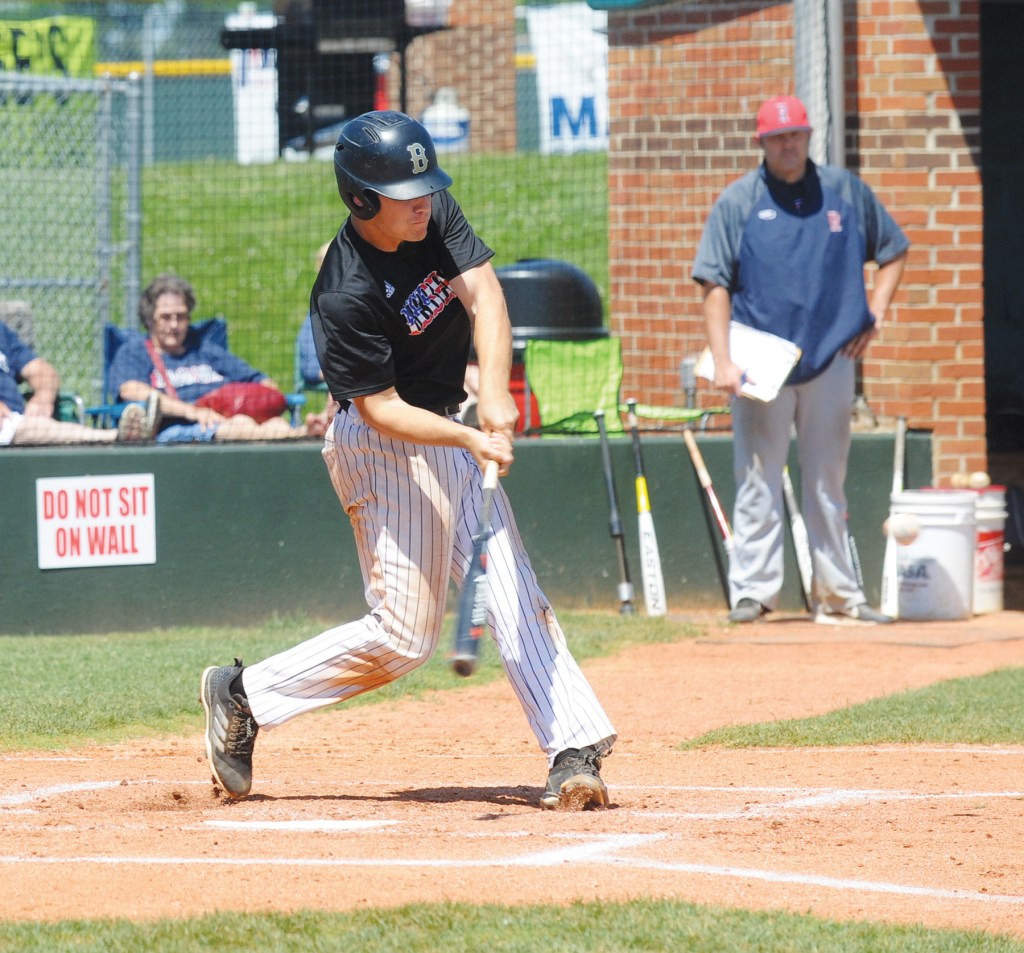 The goal was for Cooper to simulate Rockcastle County ace Hunter Rigsby in batting practice before the Rebels made the drive to Nicholasville for the championship game.

Cooper, a 2007 graduate, spent three years in the minor leagues and has spent time coaching at Centre College. Sunday was his first time helping the Rebels this season, but Boyle pitching coach Evan Teague had the idea for Cooper to simulate Rigsby — a hard-throwing right-handed pitcher. Rigsby is committed to the University of Kentucky.

“Any time you’re hitting against a pitcher, it’s always good to find someone who can simulate it,” Cooper said. “Evan is a good stand-in for a lefty. Rigsby, if he’s an over-the-top righty that hits mid-to-high 80s, I can maybe get there for one pitch but we moved the mound up a little bit and that would pretty much simulate them seeing 90.”

“I was just trying to hit the ball,” tournament MVP Ty Dragan said. “We had Patrick Cooper come out and throw to us before the game and we were all hitting pretty well off of him, that got us ready for (Rigsby).”

Cooper said getting the timing down against a hard-throwing pitcher is vital.

“You see all the time when hitters face a hard-throwing pitcher, they try to swing as hard as they can and swing faster,” Cooper said. “But if you ask higher level hitters, they say it’s the same swing as a guy throwing 85, you just get your foot down and start your swing earlier. So I think really all I did was maybe help them with their timing. That’s the biggest thing.”

Boyle kept hitting after Rigsby left, scoring 11 runs in the region title to win 11-3. The Rebels square off against LaRue County today in the first round of the KHSAA state tournament.

Cooper noted that the Boyle coaches were quick to tell their players to be patient at the plate while he was on the mound.

“They hit pretty well. I did my best to give them as many strikes as I could manage,” Cooper said. “One thing that did help, I was a little bit inconsistent, especially up in the zone. At first they were kind of chasing, especially stuff elevated, and coach Wynn and coach Teague did a great job while I was throwing of having them bear down on being selective and identifying strikes and letting balls go. Guys that throw harder, the only difference between them and guys who throw slower is they can get away with more balls. They can get more swing and misses on bad pitches.”

Those numbers aren’t exactly new for Boyle — the Rebels average nine runs per game — and Cooper also said that even without his help, the result would have likely been the same.

“Honestly, whether I helped or not, that same outcome would’ve happened,” Cooper said. “I can’t say that is the reason they did so well offensively. They’re a super-talented team, I think they’ve got a lot of guys who can hit. Those guys would’ve been ready to perform whether I came in or not. The guys that deserve credit are coach (Kyle) Wynn, coach Teague, coach (Richard) Lyons, coach (Kyle) Bottoms. Those guys got them to this point.”

Wynn said that Cooper’s help shows what it means to be a part of Boyle County baseball.

“That’s alumni there. That just shows you the pride, the history that Boyle County has in this baseball program,” he said. “He’s willing to come out  and do something like that on a Sunday afternoon, something that he didn’t have to do. That helped us get ready.”