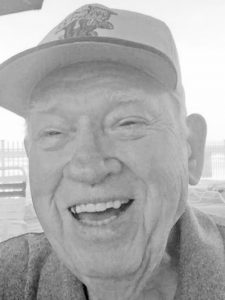 Bob served in the United States Navy from 1943-1945. He retired from General Motors after 30 years as foreman.

In addition to his parents, he is predeceased by his wife, Juanita Freeman; a son, Robert ‘Buddy’ Freeman; and several brothers and sisters.

He is survived by two daughters, Sue (Larry) Baldridge of Huber Heights, Ohio, and Donna Rammel of Centerville, Ohio; and several nieces and nephews.

The funeral service will be 1 p.m., Monday, June 18, 2018 at Stith Funeral Home in Danville. Rev. Tom Lane will officiate. Burial will be in Camp Nelson National Cemetery. Visitation will be 11 a.m.-1 p.m., Monday prior to service at the funeral home. The online guestbook is available at www.stithcares.com.