Public will have input on color for new middle school bricks 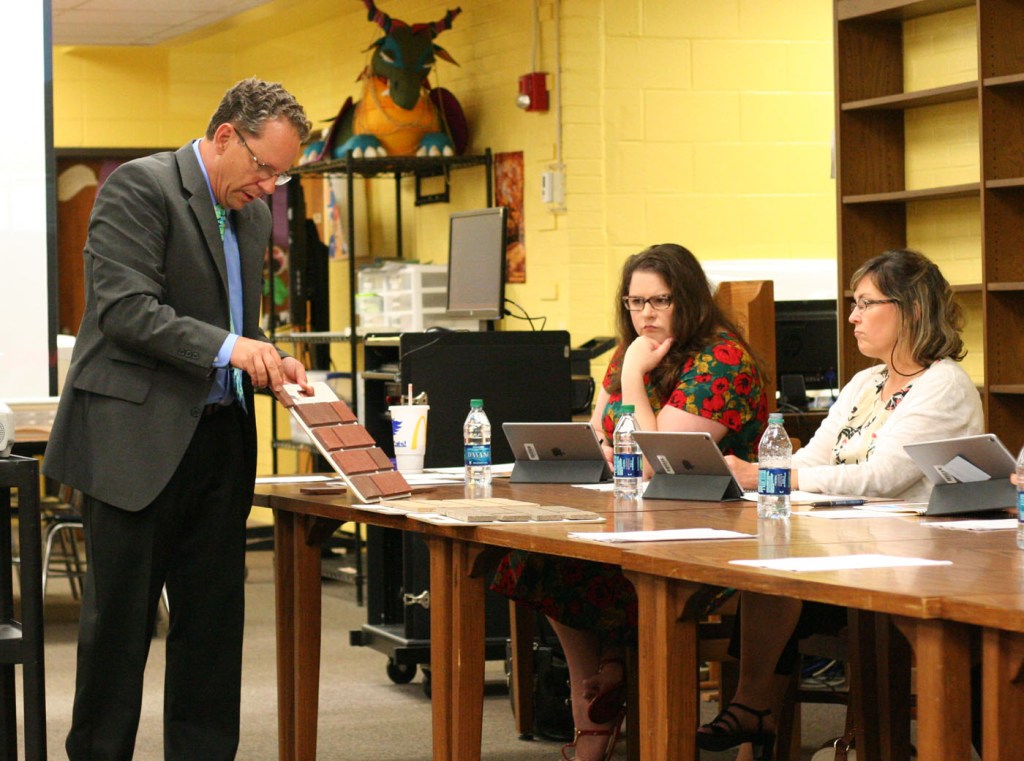 Public input will be sought to determine the right color of brick for the new Boyle County Middle School, after the board discussed the project Thursday night.

“They say you want to build it for 100 years, so these decisions are important,” said Superintendent Mike LaFavers.

Tony Thomas, architect with Clotfelter-Samokar, said an 8-foot section of wall could be built, showing different examples of the brick the board preferred, which is what the district ultimately wants to do, and receive public input. When the wall is built at the site, the district will advertise and allow passersby to look at it and offer their opinion.

The sample panel will include a brown brick and two different red bricks, along with sample bands of color and different mortars, to give observers an idea of what that would look like on an actual wall.

Thomas said they wouldn’t be locked into any colors by building the sample panel, but the decision would need to be made soon.

“There’s a lot of brick, a lot of stone and a lot of masonry on this project. They’re at a point where they would like for us to start making some decisions,” said Tony Thomas, architect with Clotfelter-Samokar.

The board had previously narrowed the choices to brown and red shades. The building will have a charcoal or black brick accent, along with stone and metal on other areas — all colors that can be modified to match once the main brick has been established Thomas said.

“They have made a lot of progress,” he said, speaking of the work being done at the construction site for the new school. He showed the board a photo presentation of the project so far.

Weather has been a factor in the progress, Thomas said, but the heat in the last month has helped move things along.

“Over the last three or four weeks, we’ve moved a mountain of dirt,” Blevins said. “And I mean that in the literal sense. Thousands of cubic yards of dirt has been moved.”

To even out the grade of the property, Thomas said Branscum-W. Rogers, the construction company on the project, has had to remove the topsoil and “pre-load” some of the area, which means it has to sit for 45-60 days to allow for settling.

“When they cut that four to five feet back down to floor level, it’s already sunk as much as it will over time. That way, we won’t get any differential settlement over the building,” Thomas said.

Blevins said it does look “peculiar” if you go to the site and see the dirt piled up higher in some areas.

He said they were able to get some footers poured on Wednesday, but the sporadic rain on Thursday made doing more impossible.