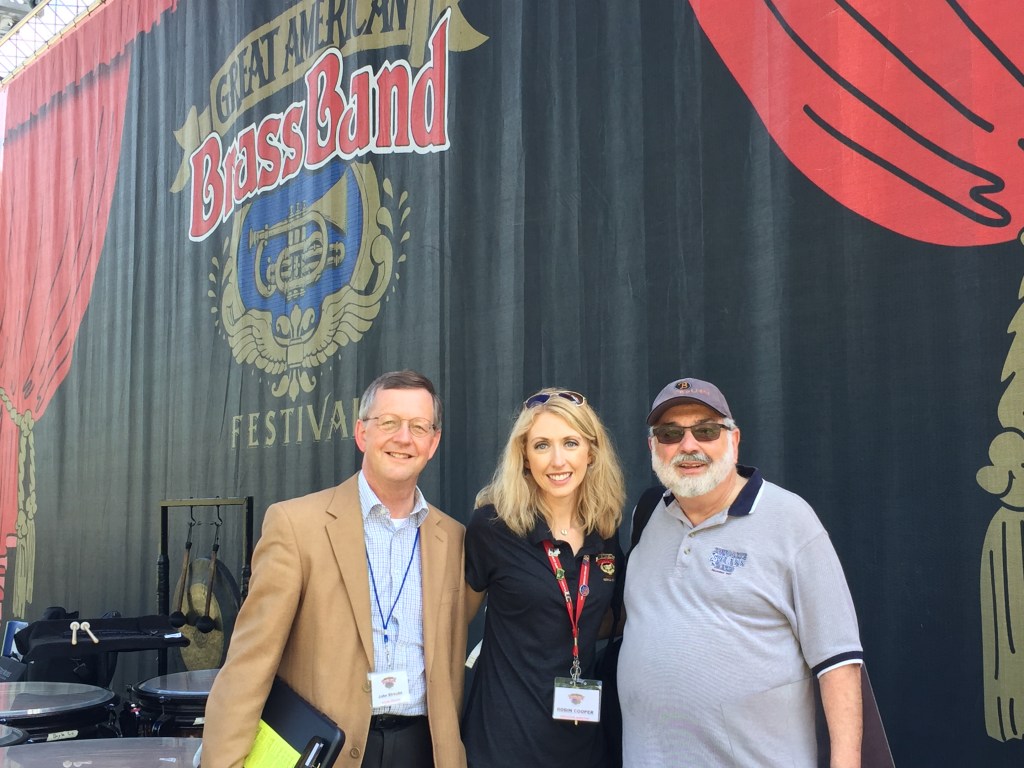 The Great American Brass Band Festival’s new director will be leaving after coordinating her first festival this June, according to a statement released by the festival board.

Robin Cooper accepted the role of GABBF director in September of last year. She had previously worked in banking compliance since 2004, and will be returning to the banking industry.

“She did a great job, everyone loved her. And we love how she got the whole place so organized,” says GABBF board chair Bruce Richardson.

But her heart is still in the banking industry, he says.

“It’s hard to compete with that kind of industry these days.”

Cooper says she will be returning to banking in regulatory compliance, and is exploring a few options and will make a decision soon.

“I have immensely enjoyed being executive director of the festival and wouldn’t change anything about this year,” Cooper says. “Although I have enjoyed planning the event and working with everyone involved, I know my future lies in my long-term career of banking. Banking compliance is an industry that is ever-changing and it is important for me to return to it as promptly as possible.”

Richardson says although the board is sad to see her leave, Cooper is “very gracious in the fact she will stay around to work with the next person some. She knows how important it is for the previous person to stay around since she’s been through that transition herself.”

So the search is back on. GABBF will begin another national search for a new executive director, Richardson says, after the board gives its full approval during its next meeting, in about 10 days.

“The board just needs to look over the job description one more time. So, around the 17th, we’ll meet, and we should be able to release it that day for the job search.” He says counting a couple of weeks to start getting applications back in, they hope to start interviewing around the end of the month.

Richardson says Cooper quickly began putting all the elements together for this year’s festival as soon as she accepted her role. One of the first projects she tackled was moving the festival office into a new home, located on the second floor of the Third Street Methodist Church.

“She immediately began meeting with countless committees, artists, vendors and volunteers as she coordinated the June event,” he says.

“She put together the event in a relatively short timeframe, and she fine-tuned the festival’s management,” Richardson says. “Robin’s organizational skills have certainly enhanced the administration of this annual event, which raises a near quarter-million-dollar budget to make the event free to the public. She leaves with the full respect of our board.”

The festival’s longtime logistics manager John Albright is also complementary of Cooper’s management. He says she jumped into her new position feet first and was immediately well-organized.

In a press release issued by Richardson, Albright is quoted as saying, “Robin has a unique ability to know when to lead and when to follow. My team of volunteers will miss working with her.”

“But, as I said earlier, Robin won’t be leaving the festival entirely,” Richardson says. “She has accepted a position on the board of directors, where she will assist with the transition to a new director.”

Cooper says she has the “greatest respect for our board, volunteers, artistic committee, sponsors and the position itself, which is why I agreed to serve on the board. Plus, I love the festival, so there is no question that I will be around to help.”

Cooper’s last day as director will be July 31.