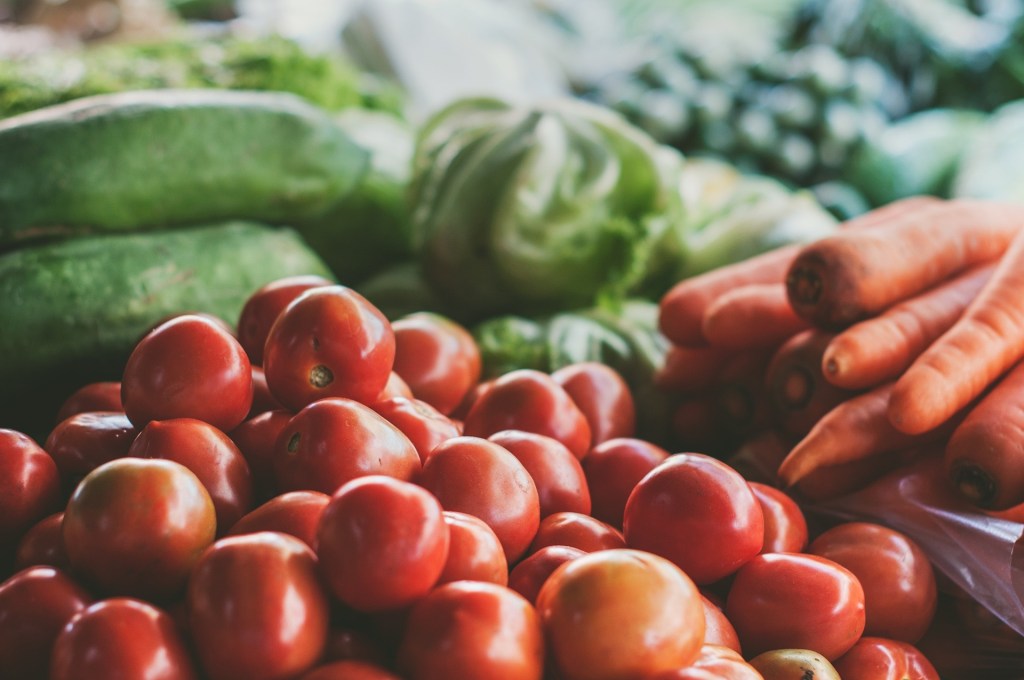 The event on Wednesday welcomes everyone, but specifically encourages recipients of Women Infants and Children (WIC) benefits to take advantage of Kentucky’s “Double Dollars” program.

Those who receive benefits already get five vouchers valued at $4 a piece to be used at local farmers markets; the program doubles the value of those vouchers, taking the total from $20 to $40 — money that can be spent on food grown and raised locally.

WIC and SFMNP programs will only be matched for the purchase of Kentucky fruits and vegetables, while SNAP recipients also can purchase meat and eggs.

“We kicked it off two years ago, after noticing that WIC recipients in particular were not taking advantage of it,” Pease said. “John was very receptive to it, and this is the third season of it being offered.”

Pease said few people with WIC benefits took advantage of the program the first season it was offered.

“We got a good response from the seniors, but we thought: How can we get them to use these?” she said. “Kentucky ranks so poorly in family and child nutrition, anything we can do to get the families eating better should be done.”

Pease said after bringing it to the BCFM board and getting a thumbs up, they got in touch with Amy Miller, WIC coordinator with the health department. She distributes the benefit vouchers.

“We said, ‘What can we do to boost it?’ and came up with the idea of having it at the health department, in order to introduce those who get benefits to what they can use them on there. It doesn’t cost them or go against their regular benefits, it’s totally on top of what they get,” Pease said.

Miller said the Boyle County market is the only WIC-approved farmers market in the area.

“The good thing is the participants can come here; we don’t have to worry about transportation,” she said. “We actually bring the market to them.”

Miller still has vouchers available and families can come in the day of the market to take advantage. People can use benefits.gov to find out if they’re eligible. But once they know they are, no appointment is needed.

“They can come to the health department Wednesday, get their vouchers and go straight out to the market,” Miller said.

Other organizations will also be onhand, she said, such as Bluegrass Community Action (which dispenses senior vouchers), Heritage Hospice and Boyle County Extension, to name a few.

Price said because it’s state-funded, if the community doesn’t take advantage of it and use it, it could eventually get taken away.

“It’s free money — they’re giving it away,” she said. “Essentially this is a great benefit for Boyle County families because they are given the opportunity to buy fresh local produce with free money. The double dollars, WIC and senior voucher programs are a great way to get more bang for your buck.”

Price will be on-hand Wednesday as well, with items she will be giving away.

Funding for Kentucky Double Dollars is provided through the Community Farm Alliance USDA grant, state funding and through local companies and organizations.

“Double Dollars started off small, and gets larger each year,” farmers market manager Wyatt said. He said the alliance is funded through Bluegrass Farm to Table, and was modeled off of a program that began in Michigan.

“The evolution of it has grown to involve federal funding, plus the Kentucky Agricultural Development Fund on a statewide basis also assists in funding the program.”

And thanks efforts by Pease, the program receives help locally through the United Way, Wyatt said.

The problem has been two-fold in getting people to use the program, Wyatt said.

“The Double Dollars and WIC is still working with vouchers. WIC recipients get a card to use in grocery stores, and for Double Dollars, they have to take an extra piece of paper — something else to manage,” he said.

If you’re a single mother with kids, you already have enough on your plate, and it’s another step to travel to the farmers market, where there’s another set of restrictions on what you can purchase, Wyatt said.

“The hope is that eventually, we’ll be able to process the WIC cards like we (can) SNAP. Hopefully that happens,” he said.

“But we like to think our quality is better, because of that. But generally, it’s more expensive, also because of that,” he said. “The Double Dollars actually make our products less expensive than other places.”

Wyatt said demographics at the farmers markets have been changing recently — “It used to be only the hip people shopped there.” Now, “there’s more of an element of practicality going on now.”

Wyatt said he is hopeful the farmers market can be part of the solution for low-income families in need of good food.

“There is a lot of hunger — or food insecurity — out there,” he said. “My personal opinion is that this area has been one to turn its back and say we don’t have that problem. But we do. … Things are changing a lot, and I think we’re getting ready to grasp that more.”