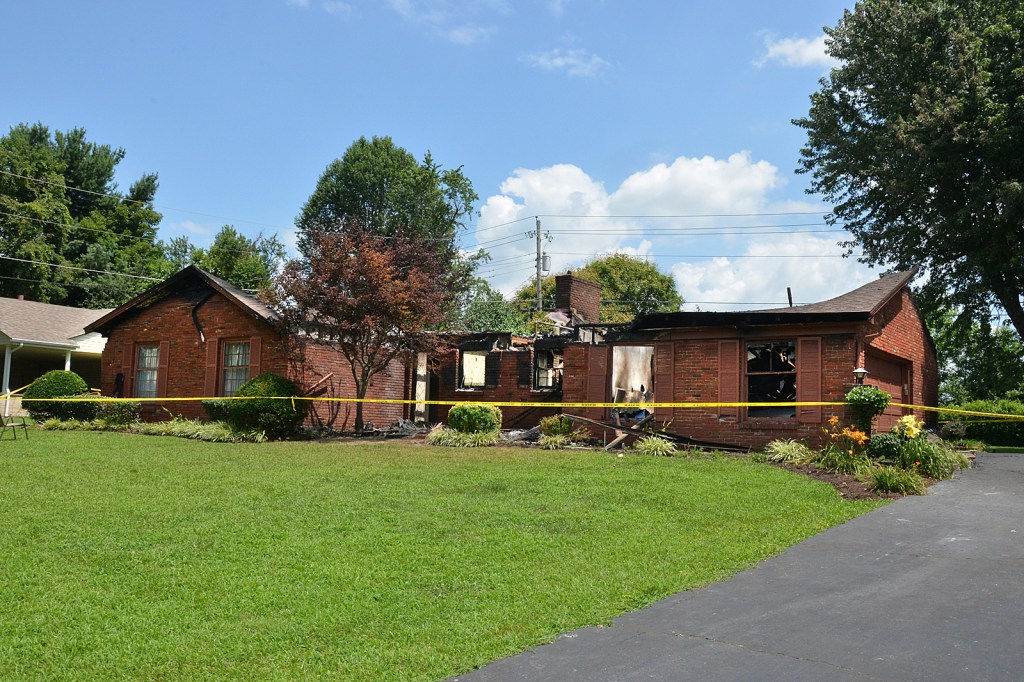 Robin Hart/robin.hart@amnews.com An early Saturday morning fire completely destroyed a home at 519 Boone Trail in Green Acres subdivision. As of Monday afternoon, the fire was still under investigation.

An early morning fire this weekend sent a man to the hospital and completely destroyed his home in Green Acres subdivision.

According to Lt. Scotty Caldwell with the Danville Fire Department, the fire was reported about 5:30 a.m. Saturday at 519 Boone Trail. He said when firefighters arrived, there were flames showing and heavy smoke filled the area.

Two city engines and two county fire trucks with a total of about 28 firefighters responded to the scene.

Caldwell said neighboring homes were not damaged and no injuries were reported, but the elderly man was taken to the hospital to be checked out.

The fire department hasn’t released the victim’s name as of Monday afternoon and the fire was still under investigation with no further details released. The home was a total loss.