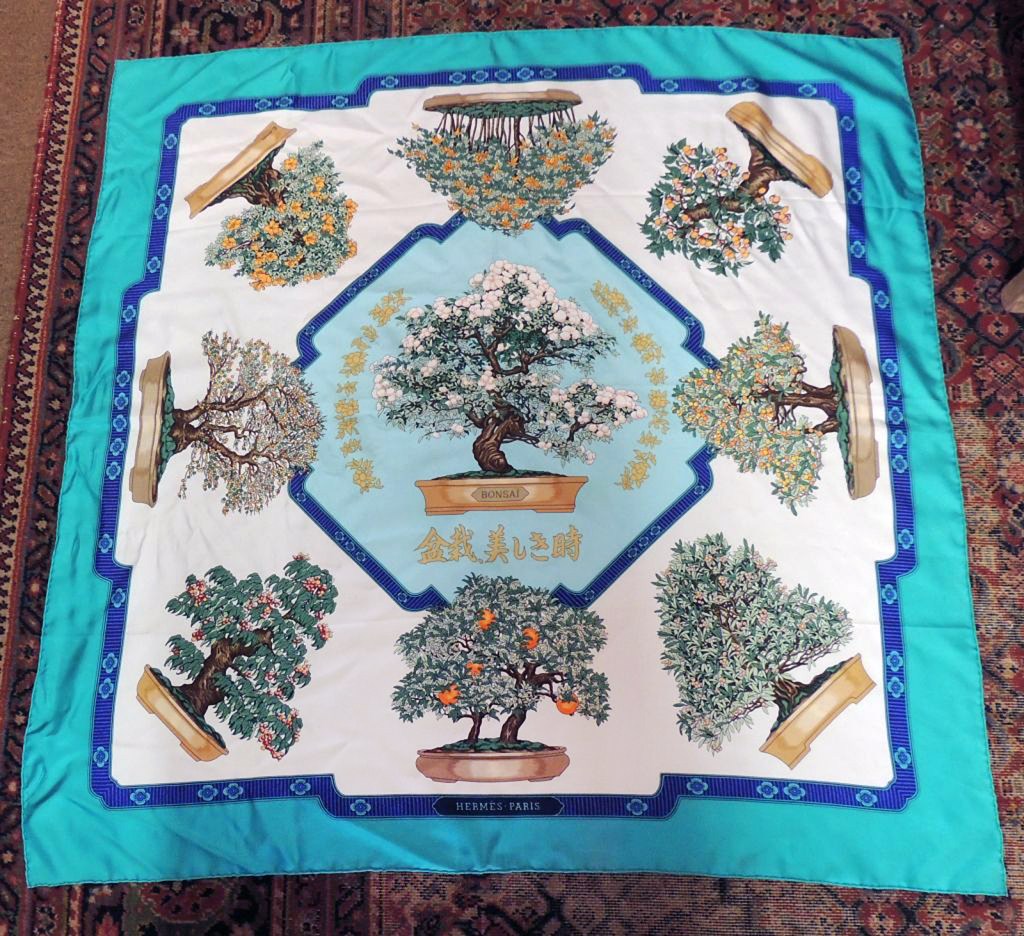 Question: Dear Jerry, I was in a store a few months ago and found a beautiful Hermes scarf for my mother. It was priced at $80. The friends who were with me thought I was crazy for paying so much. But I know the history and value of this company and thought it was a steal. I double and triple checked the hallmarks that signify this as a real piece and not a knock off. So tell me, did I do well? Thanks for taking the time to read this. Regards.

Answer: You have the first high fashion question that I’ve ever had. Yes, indeed you did very, very well. Hermes is a famously uber luxury brand based in Paris, France. Founded in 1837 as a bridle and harness company for horses, today, it’s one of the most coveted, desirable and valuable luxury brands in the world. The business value of Hermes today is in the billions and billions of dollars. Pretty good for what started out as a tack shop.

Exactly 100 years after they opened, Hermes debuted its first scarf in 1937. Its design by

Robert Dumas was based on a Chinese wood block print. Actually woven with Chinese silk, it’s super strength, generous size and color palette made it an immediate success.

Needless to say, Hermes caters to the very rich and famous. Hermes scarves have been worn by the likes of Queen Elizabeth, Audrey Hepburn, Elizabeth Taylor and Grace Kelly, who wore these scarves in several movies and used one as a sling for a broken arm. If social media had been around then, it would have lit up over this episode.

Aside from the celebrity and wealthy aspects, Hermes scarves are a marvel. It takes 18 months to complete ONE scarf — by hand. Scarves are made from only mulberry moth silk cocoons. Each scarf can have up to 27 distinct colors. This silk screening itself can take up to SIX months.

Hermes hires artists to create designs; the most traditional are horse themes. However, they are famous, for bringing to light the work of artists from all over the world.

Collectors can be very passionate. Scarves can stay in production for years and years and then become discontinued. Discontinued is a magic word. When something is discontinued, it’s no longer available.

To go into an Hermes store and buy a brand new scarf will set you back about $395 for basic scarves. Limited editions will start at $740 and can go up quickly. On the secondary market, things can get crazy. I’ve seen some auctions sell older Hermes scarves for $1,000. So for $80, you did very well.

I expect that in a tres chic, upscale, vintage clothing store, your Hermes scarf would be priced at about $300. Thanks for a great question.