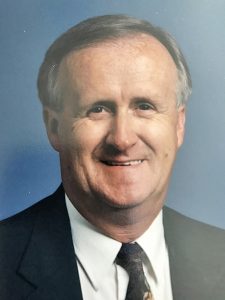 Robert was a graduate of University of Kentucky with a degree in Political Science; he was also a graduate of University of Louisville with a Masters of Business Administration; and he received a Masters of Science degree from Abilene Christian University. Robert served in the United States Army during the Vietnam War and was stationed in New Jersey and Germany. His assignments included Explosive Ordinance Disposal and Nuclear Disarmament Unit. He was a preacher at Haltom City Church of Christ for five years and a preacher at North Beach Street Church of Christ in Fort Worth for 25 years. After retiring from preaching in 2007, he became an Overnight Case Worker at Texas Child Protective Services until retiring in 2012.

Robert was the beloved husband of Sondra Gabhart. He is survived by his son, Kyle and wife Tammy Gabhart of Keller, Texas; daughters, Traci and husband Clint Gann of Bedford, Texas and Juli and husband Terrence Butler of Fort Worth, Texas; sister, Laura Lou and husband Don Bronn of Owensboro; and a host of grandchildren. Robert enjoyed playing racquetball, tennis, basketball, board games, refereeing youth soccer, and watching the Kentucky Wildcats beat-up on the Louisville Cardinals. He was the Director of Florida College Texas Camp for more than 20 years, an officer with Hurst United Soccer Association, and the President of The H-E-B- Soccer Referees Association.

Friends and family can pay their respects at the Celebration of Life and Legacy Service on Saturday, August 11 at 10:00 a.m. at Lake Cities Church, 280 Indian Creek Drive, Trophy Club, TX 76262.