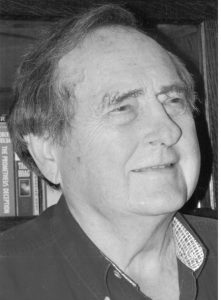 Harold attended Danville High School, Georgia Tech and Auburn Universities and graduated from Auburn with a degree in mechanical engineering. He worked at IBM in Lexington in the late 50s and early 60s, then moved to Atlanta, Ga., where he lived for over 40 years. During that time he was employed by The Austin Company (designers and builders of commercial properties), The Carrier Corporation and had his own Carrier dealership, Cherokee Heating & Air Conditioning. He retired and returned to Danville in 2005 and renewed old friendships. He especially enjoyed the camaraderie of fellow members of the Old Goats Club.

Following cremation, there will be a visitation at Stith Funeral Home, Danville, on Friday, August 24 at 3:30 p.m. and a small service at 5:00 p.m.

In lieu of flowers, donations may be sent to: Pride In The Park, 110 Man O War Drive, Danville, KY 40422, now Millennium Park which was the former farm where he grew up.