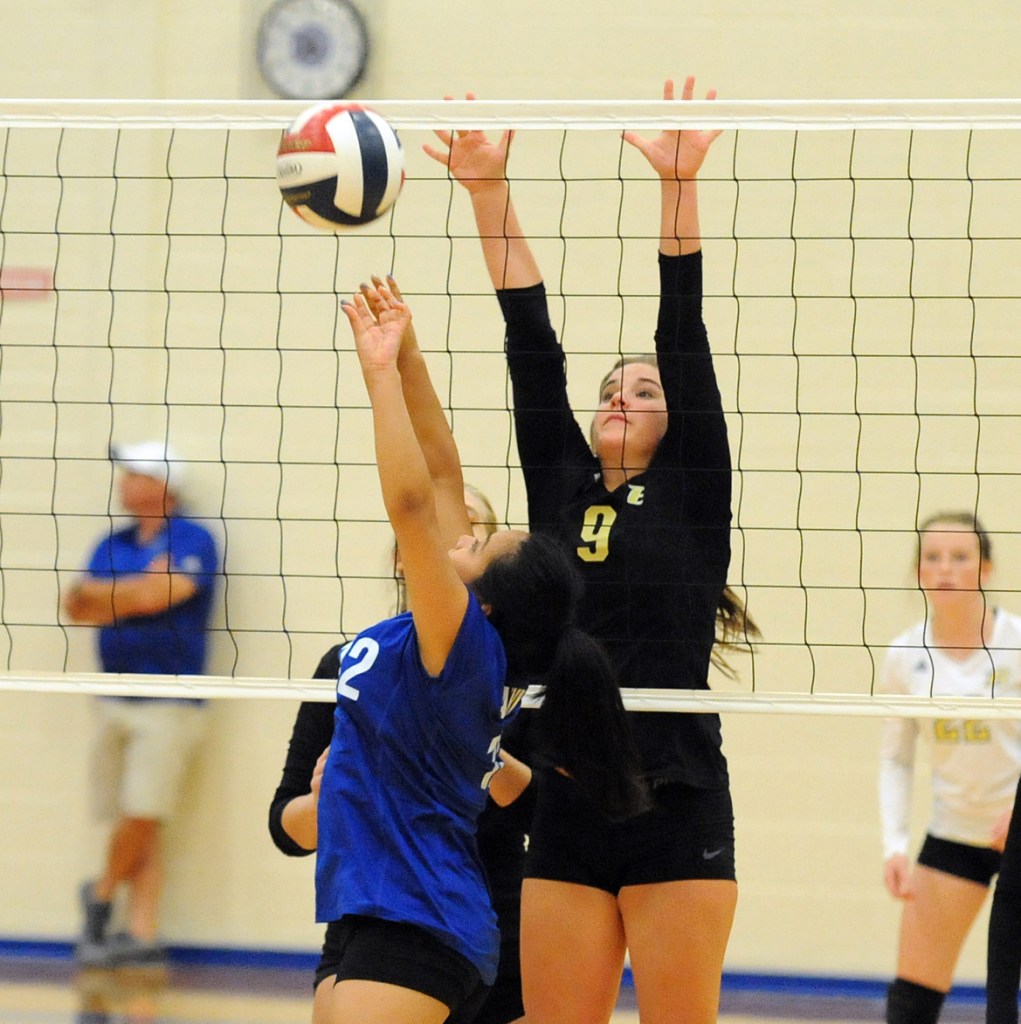 Boyle County’s Sierra Dean set the tone early for Boyle County in a victory at Danville.

The senior scored the first five points of the match as the Rebels defeated Danville 3-0 (25-22, 25-22, 25-16) in the first matchup between the schools during Rivalry Week.

The win is Boyle’s second through 11 matches, but that record isn’t indicative of what the Rebels are capable of, head coach Andrea Craig said.

“We’re definitely not what our record shows, I would say. We played some really tough teams during the beginning of this season,” Craig said. “But I’m a firm believer that if you start with tough teams, it’s going to make you better and stronger overall. I think that’s obvious with tonight’s play. We’ve worked through lineup changes, trying to find the best fit. We’re really young, we’ve got a team full of sophomores and freshmen and a handful of seniors. We’re a little inexperience but they’re stepping up and they’re working together, which is what we need.”

In Boyle’s first 10 matches this year, eight of its opponents have a winning record.

And Dean’s hard-earned points to start Tuesday’s match was just part of the reason why Craig believes in her team.

“I think that not only set the tone of, ‘hey we can do this,’ but also the tone of, ‘I’m a senior, I’m going to lead the way.’ She stepped up and did that,” Craig said.

Danville also showed its stuff early in the match — the Admirals came back from down 14-3 to tie the set 16-16, and took a 20-19 lead before the Rebels finished the set with a win.

It was a set that showed Danville head coach Maggie Myers just what her team is lacking, and what she told her players after the match.

“The primary thing that we talked about is what we are going to do to develop the mental strength that matches our physical strength and skill,” she said. “We have come so far as a team in our skill level, in our strategy, in our experience, through this part of the season. But we don’t yet play each point independent of the one before, the set before, the team on the other side of the net. And that, I believe, is our biggest hurdle to overcome that will truly take this group of athletes to the next level in terms of being able to see the work they’ve put in reflected in the scoreboard and our team record.”

The second set was more of the same and finished with the same scoreline — in part thanks to Boyle County’s Kennedy Kirkland in the middle.

“Kennedy Kirkland is a freshman, so tall and very athletic,” Craig said. “She’s very raw still, she’s got work to do but she listens well and she played very well overall tonight. She adjusted well to the ball which is what we’ve been working on doing. Can’t ask for more than that.”

Danville was led by its setter, sophomore Faith Breitenbach, who had a team-high 19 assists.

“I thought my setter absolutely rocked it tonight,” Myers said. “She never lost focus, that’s why she’s my team captain. I’ve got a sophomore varsity team captain because she is aggressive, focused and makes smart choices under pressure. That shows in her stats tonight.”

The close match was proof that the Admirals are on the up, Craig said.

“I told coach Myers when we were shaking hands, ‘you’ve done a great job.’ I can tell that these girls have worked hard, they looked really, really good,” Craig said. “I don’t think anybody should count them out, for sure. They’re only going to improve as the season goes on and when we see them in a few weeks, we’ll see what happens.”

The two coaches know each other well and Myers said she knows more close matches will be in the two team’s future.

“Coach Craig does a great job, I always know her girls are going to be highly skilled,” Myers said. “We actually coach together in the offseason. But I believe that tonight, my team was a 25-22 team, not a 25-16 team like that last set.”