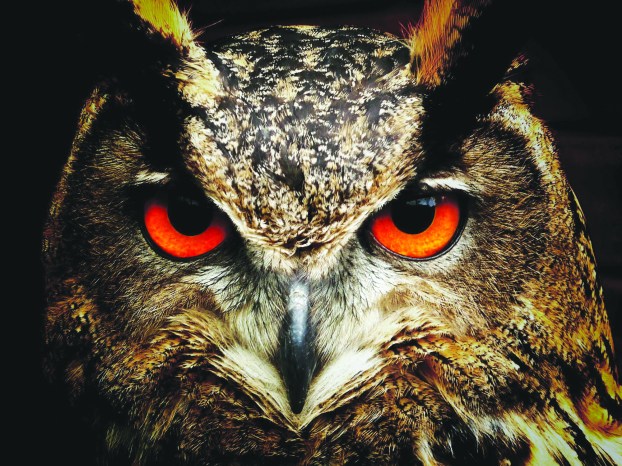 Amanda’s Animal Fact of the Week Owls do not have eyeballs; instead, their eyes are shaped like tubes and can't move.

I love everything about flying, except the carbon emissions.

Depending on many variables — including the type of airplane, vehicle, distance traveled and number of passengers — driving can often be the “greener” choice. However, driving to your destination is not always a viable option. But there is a company working on lessening the carbon emissions of airplanes.

A Virgin Atlantic flight earlier this month was the first ever to run on synthetic fuel. The flight only used 5-percent synthetic fuel, but that is more than any flight before. The fuel the plane used was actually emissions captured from a Chinese steel mill. The emissions actually went on quite a trip of their own before they made it into the flight that left from Orlando and landed in London.

First, the emissions were captured from the steel mill in China. Then, they were shipped to the United States. A biorefinery in Georgia named LanzaTech turned the emissions into jet fuel. Then, the fuel was driven down to Orlando, where it was added to regular jet fuel and put in the plane.

This is a huge advancement and even though it is in the preliminary stages, the implications of this could be huge. The fact that they were able to capture emissions and turn them into a fuel instead of taking more fossil fuels out of the ground is amazing to me. It just shows that people are being innovators and thinking about our impacts on this planet. We are using our science and technology to mitigate our impacts on the environment.

In our lifetime, we may be able to fly in airplanes that are completely fueled by industrial waste. It’s not a perfect system, because we are still putting carbon emissions into the air. But remember the “Three R’s” — if you cannot reduce your use, then reusing is the next best thing. To be able to reuse something like factory emissions is amazing. According to the Orlando Sentinel, initial analysis suggests LanzaTech can create a jet fuel that generates 70 percent lower carbon dioxide emissions.

Of course, this is in the initial phases and there will need to be money invested in this project to be able to make enough synthetic jet fuel to fill the planes. They will need more and bigger facilities for this to be a viable option on a large scale. But the fact that someone is looking into this as an option at all gives me hope for our future and our battle against global warming.

A lot of times, I find targeted ads on Facebook and websites to be annoying and invasive. However I have... read more