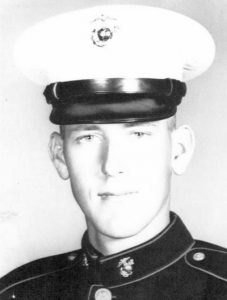 Herbert Louis Atwood, 80, of Stanford, Ky., passed away on Thursday, November 8, 2018 at home. Born November 5, 1938 in Liberty, Ky., to the late James “Pete” Atwood and Florence Sweeney Atwood, he was a veteran of the United States Marine Corp, a former member of the Army Reserves, and a retired employee of Allen Company where he worked as a truck driver. He was also a member of Watson Chapel Christian Church.

In addition to his parents, he was preceded in death by two brothers, Lowell Atwood and Lucian Atwood; three sisters, Lucille Atwood, Lois Skaggs and Louise Lane; and a step-grandson, Kevin Terry.

Visitation will be Saturday, November 10, 2018 at Spurlin Funeral Home, Stanford from 5-8 p.m. Funeral service will be 2 p.m. Sunday, November 11, 2018 at the funeral home with Jason Coulter officiating. Burial will follow at Wilson Ridge Cemetery in Liberty, Ky.

The family would like to thank Lincoln County EMS, Fire, and Rescue, Helping Hands, and Heritage Hospice for their support and care during this difficult time.

Military rites will be provided by Casey County Honor Guard.