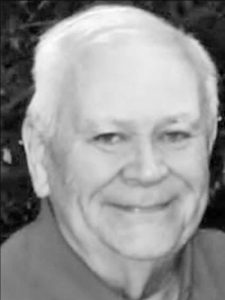 Don was born on November 11, 1939, in Kettering, Ohio. He was preceded in death by his wife, Jane Giles Gessaman; parents, Stanley and Alma Gessaman, of Centerville, Ohio; and brother, John R. Gessaman of Rocky Mount, NC.

Don graduated from the University of Cincinnati, Stanford University and the program for senior executives at the Kennedy School of Government at Harvard University. Don lived in Northern Virginia where he had a long and successful career with the Federal Government in the Office of Management and Budget working in the areas of defense, intelligence and various international activities. In 1996 he was the recipient of the Distinguished Public Award by the Department of Defense and later authored “Understanding the Budget Policies and Processes of the U.S. Government”. Upon retirement he relocated to Danville, Kentucky where he quickly adapted to a smaller town and made many friends. Don loved a good joke and had a life-long appreciation of cars.

He is survived by his beloved son, William A. Gessaman, his wife Laurie and his adored grandchildren, Jackson and Sophia Gessaman of Leesburg, Virginia. Also surviving are several nieces, nephews and members of the Giles and Gessaman families that lovingly remember him.

Memorial donations are suggested to http://www.keepthecandleglowing.org/. The online guestbook and memorial page is available at www.stithcares.com