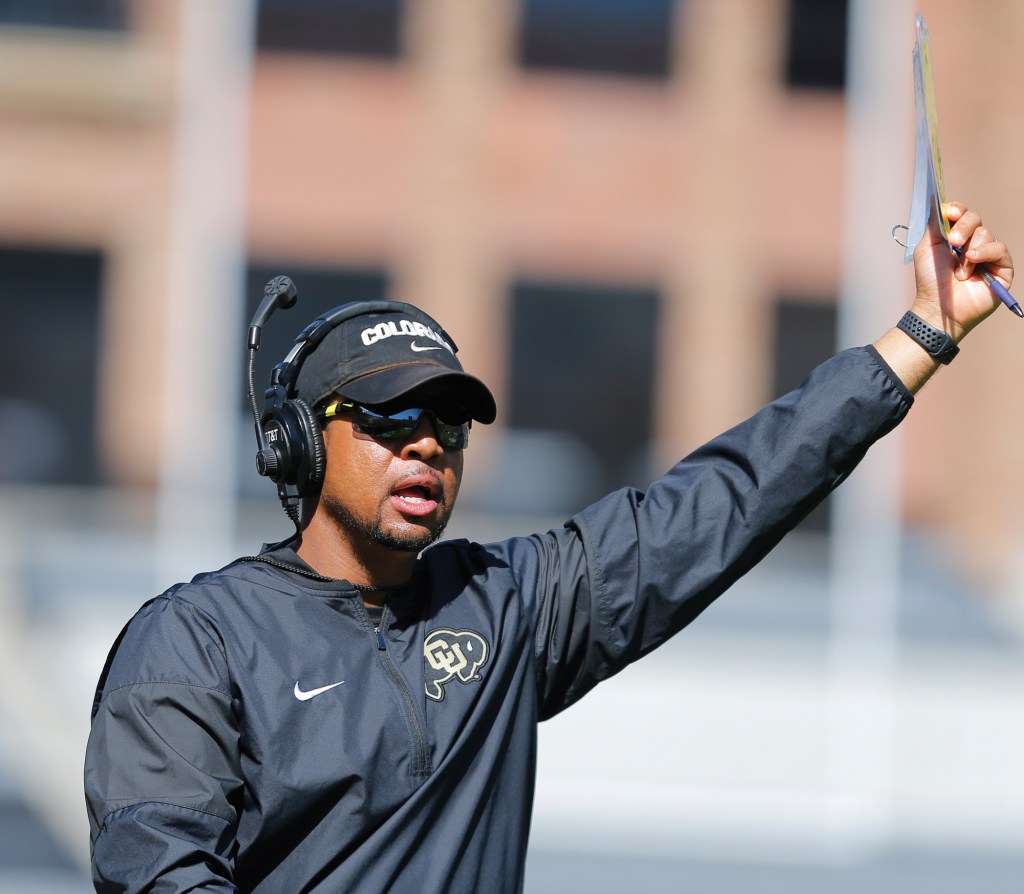 ShaDon Brown is excited to be back in the bluegrass.

The Danville graduate has spent most of this decade out of state, spending time at Wofford, Army and Colorado.

In December, Brown joined the University of Louisville coaching staff under new head coach Scott Satterfield. Brown will coach safeties a well as recruit for the Cardinals. He said that first month on the job has been special.

“It has been awesome. It’s a great family atmosphere, the coaching staff has gelled well together,” Brown said. “Coach Satterfield is a family guy, so the quality of life is going to be great, as an assistant. We’re just trying to build that bond amongst the team, that family environment, so that everyone is pulling in the same direction and playing for the same things.

“It’s pretty cool, getting to meet Lamar Jackson (last week), he’s a big kid just like all the other players. He came in and slept on the couch with some of his teammates. He’s the same kid he was when he was playing at Louisville.”

Brown got the job at Louisville through mutual contacts: Nate Woody was his defensive coordinator when Brown was a safeties coach at Wofford, and Woody spent time with Satterfield at Appalachian State.

“I knew a lot of (Appalachian State)’s staff prior to this, and had been there, talking football with them, meeting with them,” Brown said. “We were running a very similar style of defense at Colorado. Me being from the area, from the state and coached in the state as a high school coach, it made it a perfect fit for me to come to Louisville and work with coach Satterfield.”

Brown coached at Boyle County before winning a district coach of the year award at Rowan County. After Rowan County, he coached defensive backs at Wofford.

He’ll continue to coach in the defensive backfield, but he’s also excited to work on the recruiting trail here in central Kentucky.

“I’ll be coaching the safeties and I’ll recruit central Kentucky, back in my neck of the woods,” Brown said. “I’ll also be recruiting in South Carolina, Georgia and Florida, those are areas that I’ve been accustomed to recruiting so I’ll be in those areas as well. We’ll all recruit as a staff. I think we’ve got a great recruiting staff so when there’s a big-time player, there won’t be just one coach recruiting him, our entire staff will be recruiting the best players in the state.”

Brown said he’s kept up with the success of area schools over the years — Boyle County and Danville’s state championships in 2017 as an example — and will continue to keep his eye on the area.

“Central Kentucky, football has always been good around here in this part of the state,” he said. “It’s my home, I believe the coaching is good, the people care about football and I think that correlates to kids having success after high school and moving on to the next level. There will be a few guys I’ll keep my eye on and we’ll try to persuade to come down I-64 and come play at Louisville.”

The football-loving atmosphere in central Kentucky helped pave his way to becoming a coach, and he named two of his former coaches that played an important role in his career path.

“There’s two people who drove me to want to be a coach: Sam Harp and Jerry Perry,” Brown said. “Those two guys really mentored me and really treated me like a coach when I was a player. They gave me the insides and outs of what we were doing, I was always an inquisitive player. I wanted to know what we were doing and why we were calling that, how we were playing things. I always had a knack for coaching, I think I also had leadership ability. But those two guys fostered that for me and I’ve been blessed with some opportunities that people dream about. I’ve been lucky enough to get them.”

Brown said his ultimate goal is to be a Division-I head football coach. For any aspiring coaches, Brown had this advice:

“Go for it. Don’t be afraid to get out of your comfort zone,” he said. “I would say go start on the ground floor, be a graduate assistant at the college level is probably the quickest way to get into the path that I’m on, reaching out to former coaches that maybe you’ve played under, trying to get in on the grass roots. Sometimes you’ll start out as a volunteer. I would tell anybody that starts in this profession to stay poor for about five years after you graduate college, because you’re not going to make a lot of money. But if you can invest the time and the sweat equity into those five years, it’ll pay you triple the amount what you thought you’d make in that first year.

Brown’s eager to continue with Satterfield to help Louisville back to the top — the Cardinals’ 2-10 record in 2018 was their first losing season since 2009.

“I’m excited as I can be to be back in my home state and have a chance to recruit and get to see some of the old faces, but also to get Louisville football back to the top,” Brown said. “It has been a strong program for a lot of years. It’s not going to take as much as people think to get it back going.”