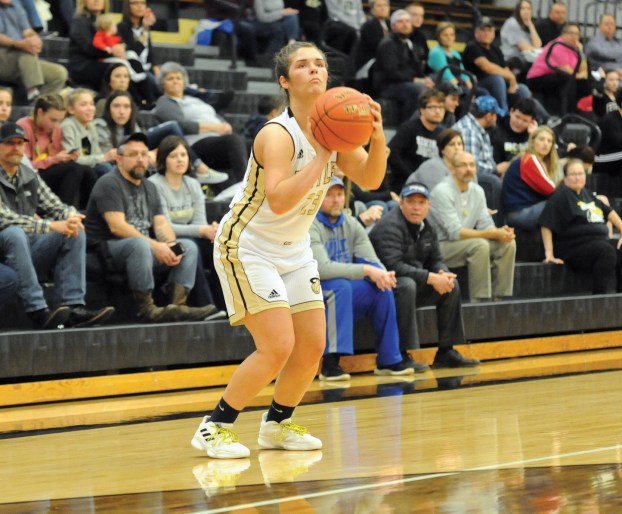 The Rebels defeated Woodford County 64-48 behind Bowling’s 24 points on Tuesday.

She didn’t take a shot inside the arc.

And she didn’t miss.

Bowling went 8-for-8 from beyond the arc to set a school record for consecutive threes made in a game.

“Eight for eight, set the record for the program, 24 points,” head coach Greg Edwards said. “She made a couple that were volleyball line shots. She was feeling it. When we’ve got her scoring, a couple other girls making shots, we’re kind of hard to defend.

“She’s probably one of the best shooters I’ve seen as far as pure shooters, I’d put her up against anybody. She’s got great form and you can tell she’s put up a lot of shots in her lifetime.”

Edwards said Bowling will get more looks in the Boyle offense, but it’s proven to be harder as the year goes on.

“We’ve tried to run a couple sets to get her open for some threes, but the more you make, the tougher the defense is on you,” Edwards said. “But she’s a really good shooter for us.”

RICHMOND – This is what Danville’s offense looks like when the shots don’t fall. Spoiler alert: It isn’t pretty. Defense... read more