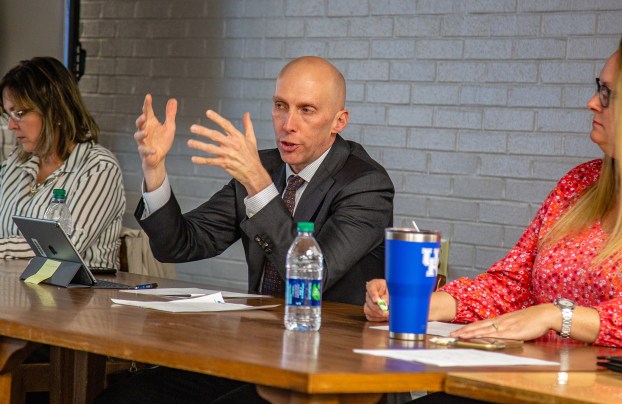 Boyle County School District is likely to have a tighter financial year than previously anticipated, due to tens of thousands of dollars worth of property-tax exonerations.

Usually, exonerations knock about $6,000 to $9,000 off of the school district’s property-tax revenues, Director of Finance David Morris told school board members last week. This year, exonerations have exceeded $89,000, Morris said.

“I think we’ve got to realize this is going to be a leaner year,” he said.

Exonerations occur when an individual or company appeals the assessed value of their property, Morris said. If the value of the property goes down, the amount of taxes owed on it go down, as well.

Morris said the school district doesn’t get a list of specific exonerations; it just gets a total from the Property Valuation Administrator. He said he has no idea why it jumped so much this year.

Morris and Superintendent Mike LaFavers said the district could still wind up breaking even for the 2018-19 fiscal year. But the district is unlikely to build on its currently strong cash position, LaFavers said.

“There’s no way to anticipate those exonerations, so it’s just something that as the year plays out, it is what it is,” LaFavers said. “… It’ll be close to whether this year’s budget is balanced. It will be very close.”

LaFavers said exonerations typically “don’t even make my radar” because they usually total a relatively small amount. Morris said this is the highest amount he’s ever seen in exonerations.

The district had already planned for a tighter budget this year, in part by only planning to buy one school bus instead of two, LaFavers said. That was before the district learned of the exonerations.

Next year isn’t looking any better, especially since the district might need to consider purchasing three buses to keep its fleet replacement plan on track.

“It’s just the way next year is playing out, as you can kind of see what’s coming,” LaFavers said.

No one with children ever thinks they would invite a sexual predator into their home for dinner. Parents also tend... read more