Admirals step out of their comfort zones for talent show 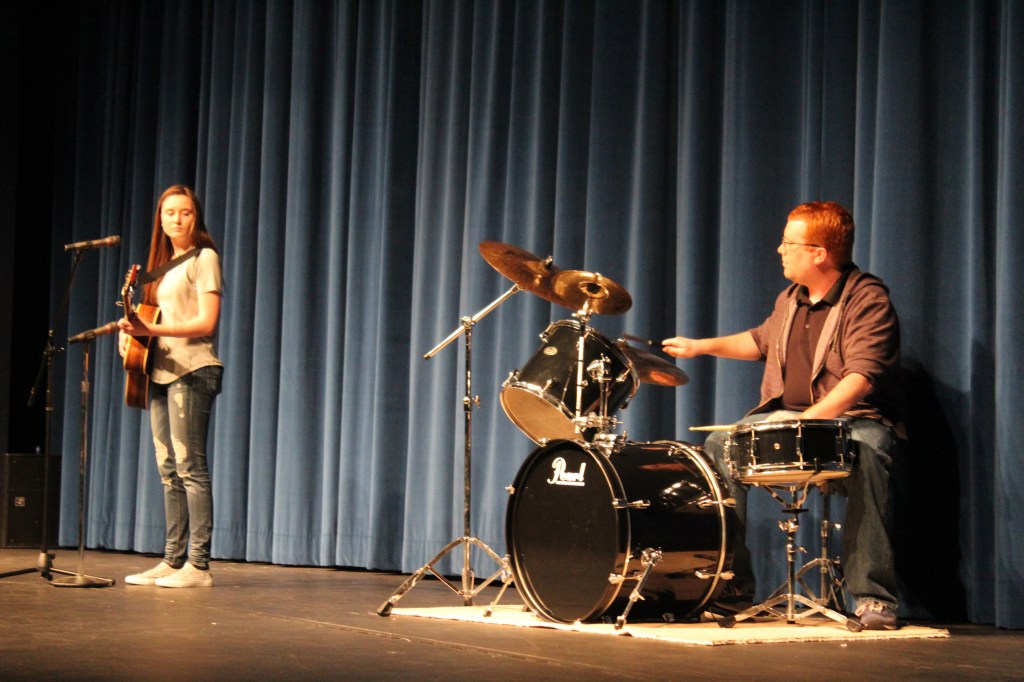 Story and photos by TIMMY OXLEY

On the day before Spring Break, students at Danville High School performed in the annual talent show. People sang songs that they wrote, one sang a Linkin Park song, one sang a Christian song, and one even performed a comedy routine.

Haley Hopkins performed a song she wrote, “Last Breath”, for the talent show. She performed her original piece alongside Mr. Slone, an FMD teacher at DHS, who played the drums while Hopkins sang and played guitar. It was her first time performing in the talent show, and she practiced for about two months. When asked on whether she was nervous or excited, she said, “Both. It was fun in the end though.” However, she will not perform in the talent show again because she is a senior and will graduate. 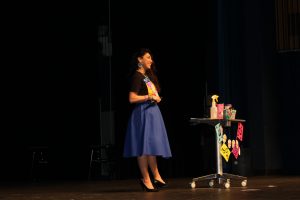 Jenna Haines sang “First Burn” by Lin Manuel Miranda in a group. She practiced “every single day in fifth period,” though she had “never been in the talent show before.” When asked whether she was excited or nervous, Jenna remarked: “Super excited! I was so excited to go on stage and sing with my friends.” She also said she was thinking about performing in the talent show again.

Ms. Treviño is the sponsor of Student Council who hosted the talent show alongside members of the DHS Student Council. She was involved with the performers the entire time.

“The performers had to be prepared by the time they auditioned, about six weeks before the talent show,” Treviño said. “Once they found out if they made the cut, they could fine tune their act. They were required to attend at least one open stage time where they could prove that they had been practicing by showing me improvement. They were offered five different open stage times. This time also allowed them to feel what it was like to be on stage and give producers the opportunity to help them/give advice. Mrs. Dewey, Mr. Springs, Mr. Walker and myself were all available to help all the participants.”

Treviño believes that each student has a talent, and that through practice this talent can be shown.

The students at DHS have truly shown that they have talent, whether in singing, acting, and comedy. While it is unfortunate that some students won’t be performing in the talent show next year, it is still a wonderful thing that students can demonstrate the gifts that they have.