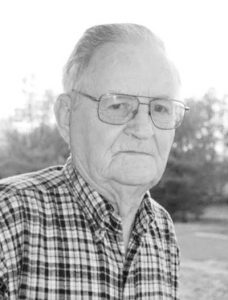 Billy “Bud” Rice, age 88, of Stanford, Kentucky, joined many other faithful saints in Paradise that had gone on before him on Tuesday, June 4, 2019.

Born Tuesday, April 21, 1931, in Lincoln County, Kentucky, he was the son of the late Victor and Mary Buchanan Rice. His loving wife was the late Lillian Faye Shipp Rice, whom he married September 1, 1949, and preceded him in death January 12, 1997. Billy was a US Air Force veteran, and previously worked at Whirlpool/Matsushita in Danville, Kentucky. Billy was a member of Fort Logan Church of Christ and enjoyed woodworking, hunting, and fishing in his spare time.

In addition to his wife and parents, Billy was preceded in death by one daughter, Shirley Gail Sterns; and one sister, Ila Johnson.

A funeral service will be held 11:00 a.m. Friday, June 7, 2019 at Fox & Friend Funeral Home with Bro. Wayne T. Galloway officiating the service. Burial, with full military honors performed by the Caswell-Saufley Post #18 of the American Legion, will follow in Buffalo Springs Cemetery.