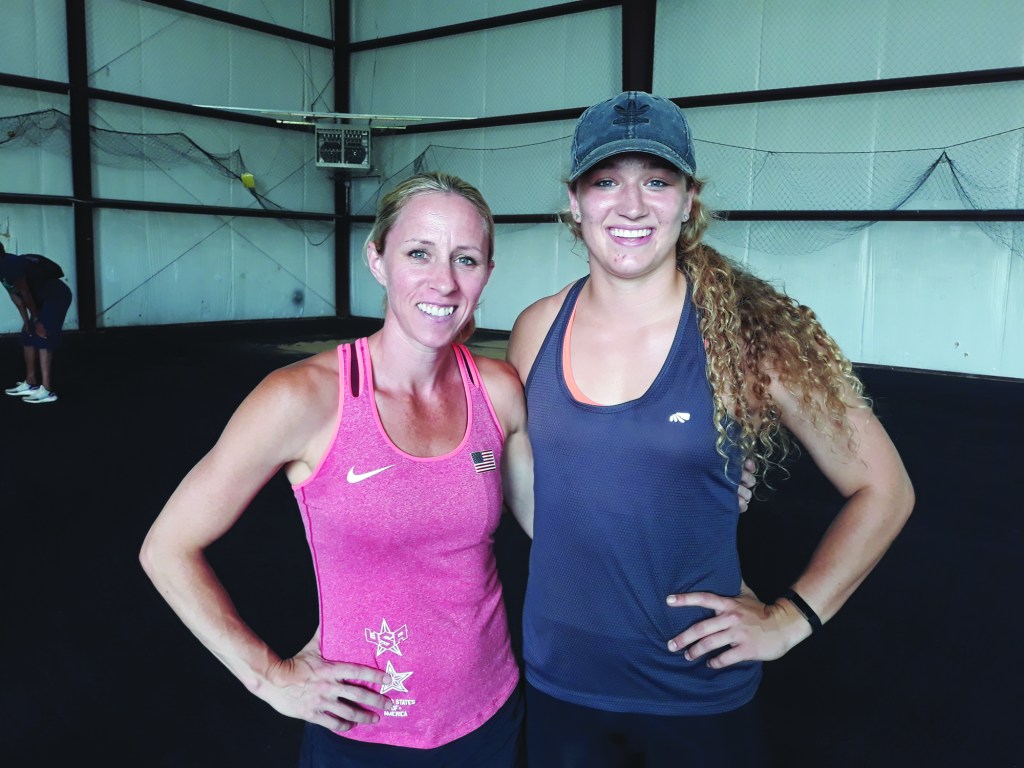 She was a 2012 Olympian, two-time U.S. Outdoor Championships silver medalist and bronze medalist, an NCAA champion for Oregon and Pan Am Games bronze medalist.

Yet when Becky Holliday Ward was working as the pole vault clinician at last week’s Maximum Velocity Track & Field Academy at Centre College, she had her group listen to long  jump clinician Mike Powell, who remains the world record holder with his leap in 1991 and an Olympic silver medalist.

Holliday said she wanted to learn from the eight other Olympians working at the camp, including Powell.

“I am new at this coaching thing and just retired three years ago (from vaulting). Some of these guys have been out 20 years and doing these clinics for years,” said Ward. “I am picking their brains to learn as a coach. Being an athlete and now a coach is like starting over and I love that. It’s a challenge.

“Being a good athlete does not necessarily make you a good coach. I took my group to listen to Mike Powell because he’s the master. As a coach I was listening and learning everything I possibly could. Every coach should do that.”

Ward was a high school gymnast before retiring from that sport at age 15. 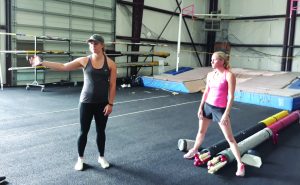 “They were seeking gymnasts to come pole vault at my high school when females were finally allowed to vault because they thought we would make great pole vaulters,” Ward, who won the Nevada state pole vault championship her junior year by clearing 11 feet, 9 inches, said. “But today that’s not true because gymnasts are short and not that fast. Women pole vaulters are getting away from being ex-gymnasts. They are now more power athletes.”

This was her first time at the Maximum Velocity Track & Field Academy — but not her first time at Centre. She was Centre track & field coach Lisa Owen’s pole vault coach in 2017. She had moved to the Louisville area from Arkansas after retiring from pole vaulting.  She met a family that had a pole vault club — Fuzion Athletics in Shelbyville— that needed a new coach and offered her a job and place to live.

“They are a wonderful family and I took the job and that led to the position at Centre because the same coach had coached there,” the 2012 Olympian said.

Ward only stayed at Centre one year “because I was really pregnant” but she did coach All-American pole vaulter Sarah Hayhurst her junior season. Hayhurst repeated her All-American honors the next season and was actually at the camp as her former pole vault coach’s assistant.

Ward joked “she got lucky” when pole vaulter Mark Hollis could not make it back to the camp to work this year.

“I know him well through the track circuit and he is busy with family and I just got lucky to live close enough to come work here,” Ward said.  “I love coaching. I didn’t know I was going to coach after I retired. I pole vaulted for 22 years. I had a pretty successful career and was planning to go to nursing school and be a nurse.

“Baby put that on hold, too. Coaching does not pay as much and it is a good thing my husband makes money. He’s a plumber and is amazing and lets me have this passion job that I have. You get so much out of this job. It is not even like a job.

“My personality type is that I will help out anybody who will put in the work. I don’t care what level you are at, I will help you.”

That includes Hayhurst, who was also an All-American diver at Centre. Hayhurst trains with Ward and has turned professional. In the last year despite missing about six months with an injury, she has gone from a personal best of 13-7 at Centre College to 14-9. Ward believes she can eventually clear 16 feet and contend for a spot on Olympic and World Championship teams.

“She has listened to me and is a good coach herself,” the Olympian said about Hayhurst. “As an athlete, I wish I had coached more because I think it can help you as an athlete. Having her in a coaching mode here helps the kids but I think it also helps her.

“Look at her. Luckily I am stubborn. You put doubt in me and I am going to prove you wrong (about being too small). She is built for a pole vaulter. She has everything to eventually be one of the top girls in the U.S. in the next couple of years. That’s exciting to me just like thinking that one of these kids I had here at Centre College or one I coach back in Shelbyville might eventually be one of those elite athletes. That’s what motivates you to coach.”