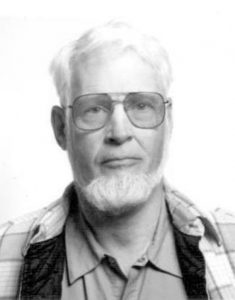 Richard R. Ford, 83, of Stanford, Kentucky passed away on Sunday, June 9, 2019 at home. Born on November 1, 1935, in Taunton, Massachusetts to the late Arthur L.D. Ford and the late Ella Marguerite Richmond Ford. Richard and his late wife, Castella E. Root Ford were longtime residents of Chatham, Massachusetts. Richard was a groundskeeper/mechanic for Eastward Ho! Country Club in Chatham, Massachusetts. He was also a veteran for the United States Coast Guard.

In addition to his parents, he was preceded in death by his wife, Castella E. Root Ford; and one brother, Lee Ford.

A visitation has been scheduled for Thursday, June 13, 2019 from 5 to 7 p.m. at Spurlin Funeral Home in Stanford, Kentucky. A private family burial will be held at a later date.