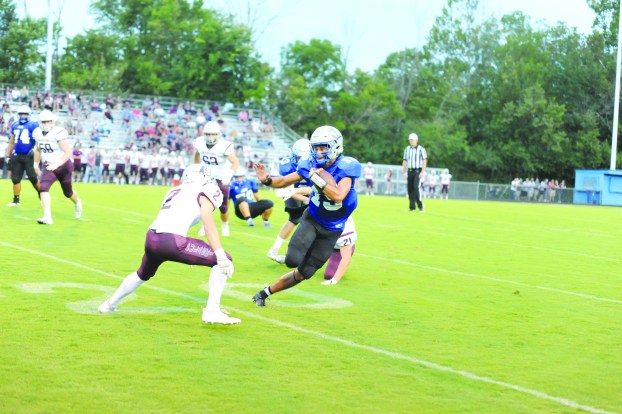 Admission to all Danville Admirals games is going up to $6 next school year. The Danville Board of Education approved the $1 increase unanimously Monday night.

Athletic Director Lisa Fisher said there were 9,600 tickets sold to Admiral games during fall and winter sports, which correlates to a potential $9,600 increase in revenue from those admissions next year. Fisher told the board Danville’s $5 admission price had been in place for more than two decades, despite any and all increases in the costs of running high-school athletics. 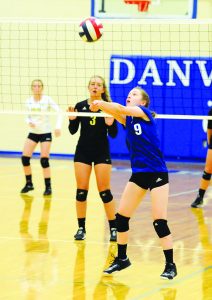 Fisher said it’s not just an issue for Danville Schools — the need to increase admission prices to cover costs has been a topic of discussion regionally among athletic directors.

“There’s just a need for all athletic departments in our region to cover more expenses,” she said.

Fisher noted high-school students have always gotten into games for free and that will continue to be the case. There are special year-long passes for seniors, families and individuals that people can buy and then get into all regular-season home games for all sports — that’s something that many people seem to be unaware of and needs to be better advertised, Fisher conceded. The passes don’t grant access to special games such as the Bob Allen Pigskin Classic or district and regional tournaments.

Board member Lori Finke noted the new admission price means making change for people at the gates will be more difficult. “Fives are easier, going to $6, you’ve gotta have ones …” 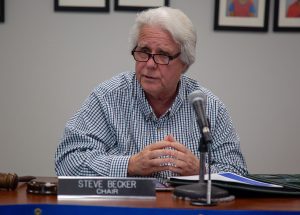 Ben Kleppinger/ben.kleppinger@amnews.com
Danville Board of Education Chair Steve Becker spoke in favor of an increase in admission price for Danville Admiral home games from $5 to $6 during Monday night’s meeting.

“That’s going to be a big deal,” Fisher agreed. “Let’s see how it goes. Are we going to get caught up in change back? I don’t know how that will work, but it will be a lot different to have the correct change in a gate box every time.”

Board member Glenn Ball brought up an idea that board member Paul Smiley had previously — giving seniors a discount on admission. Board Chair Steve Becker said he knows some other districts do that, but “I really would like to see us run with this for one athletic year.”

“Let’s see how this increase makes a difference — we know it’s going to,” he said. “The price of referees and officials and all that has gone up a lot.”

Finke said she thinks after at least 20 years, “it’s worth us giving it a bump up.”

“People expect everything to stay the same, but when everything else is going up, there has to be a way to pay for things.”