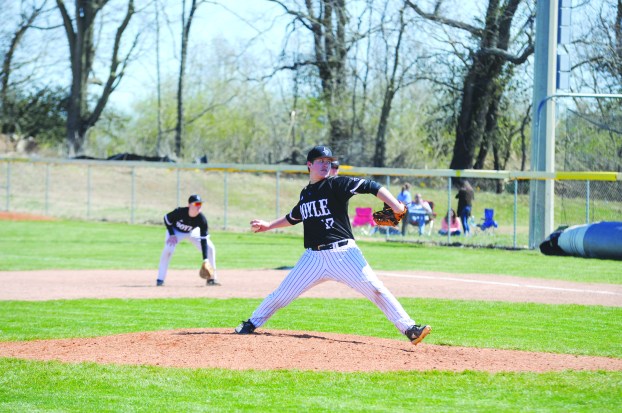 The pitching pool was loaded this year, but two players elevated above the rest. Mercer County senior Josh Barnett and Boyle County junior Blake Samons split the votes evenly and are co-Pitchers of the Year.

Barnett finished the year with a 7-1 record and a 2.23 earned run average while striking out 84 batters in only 53.1 innings. He only walked 17 batters, and held opponents to a .197 batting average.

“It was good to have Josh healthy for a full season. He was one of the hottest pitchers in the state towards the end of the season,” Mercer coach Adam Shartzer said. “Josh is only going to develop into a better pitcher at the next level.”

Barnett was the Titans go-to pitcher for big games. And in those games, he shined. In the 46th District Championship game against West Jessamine, Barnett threw a complete game while only surrendering four hits and one earned run and struck out 10 on 118 pitches. 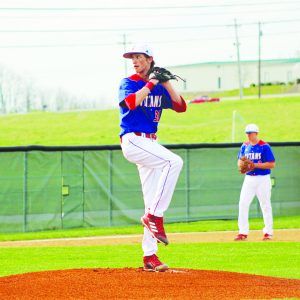 In a home game against the top offense in the region, Danville, Barnett was spotless, throwing a complete game, one-hit, shutout. Another high pitch count game, he struck out eight batters on 115 pitches.

As a junior, Blake Samons established himself as both the staff ace and workhorse. His 66.1 innings pitched put him 17th in the state for workload.

He finished the year with a 7-3 record and an ERA of 1.66 with 60 strikeouts in those innings.

“Blake had another great season for us on the mound,” Boyle coach Kyle Wynn said. “Getting the ball in many of our toughest games and succeeding for us.”

Wynn called on Samons to pitch in the toughest games for the Rebels, and the junior was brilliant in those moments. In the first round of the district tournament, Samons went the distance and held Lincoln County to only two runs on four hits en route to an 11-2 victory over the Patriots. In the 12th region tournament opener, Samons again went the distance and only allowed one run to the 48th district’s Southwestern Warriors. This time he only allowed one run on five hits and struck out four on 91 pitches.

“He got put in a lot of pressure situations this year and rose to the occasion each time,” Wynn said. “He shut down some of the state’s top offenses this year.” 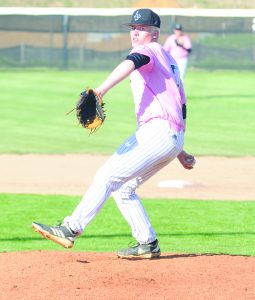 In a tight race for the area’s top pitcher, Barnett was the only senior. Samons will have to overcome fierce competition if he wants to repeat as Pitcher of the Year, but if his junior season was any indicator, he is able to rise to the situation.

The season may not have ended the way Danville High School coach Paul Morse had wanted, with a tough loss... read more