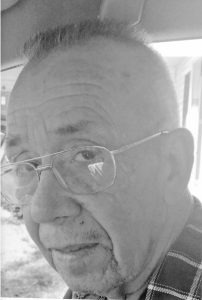 Arnold Lee Cook, Sr., 74, of Junction City, passed away surrounded by his family on Saturday July 13, 2019 at Fountain Circle Rehabilitation Center in Winchester.

He was born May 14, 1944, in Alum Springs and was the son of the late Paul Cook and Hazel Marie Turpin Rogers. He had worked at the Stanford Depot.

He was preceded in death by his son, James Cook; and his grandson, Adam Lane.

A funeral service will be held at 11 a.m. Wednesday at W.L. Pruitt Funeral Home in Moreland by Bro. Paul McFarland with burial at Junction City Cemetery. Visitation will be from 6-8 p.m. Tuesday.

There is a guestbook available at www.wlpruitt.com.