Former UK receiver never played with anyone like Lorenzen 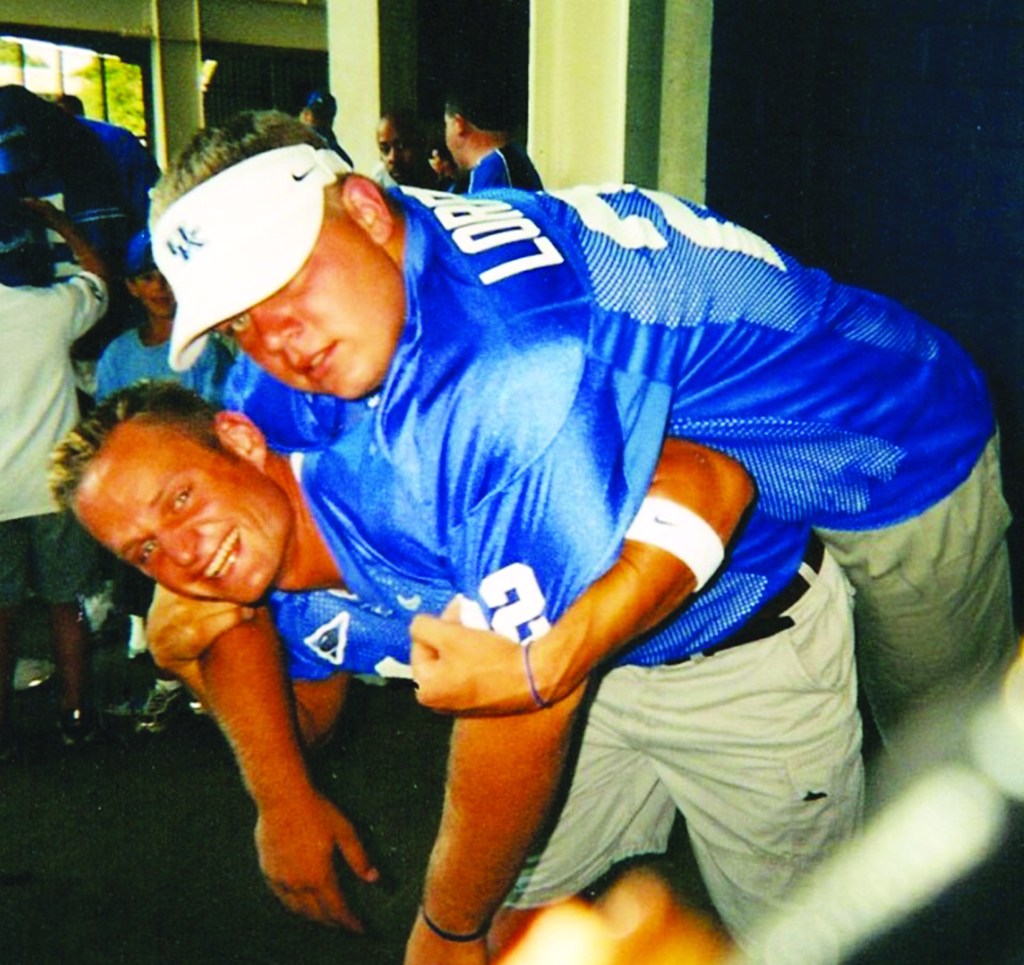 Jared Lorenzen’s legacy was way bigger than I even realized when the former UK quarterback passed away at age 38 on July 3. I was on six out-of-state radio shows, including one in Portland, Ore., talking about Lorenzen and sports talk shows in Kentucky were filled with Lorenzen stories and memories for days.

Former Kentucky receiver Aaron Boone said he never played with another quarterback like Lorenzen in college or professional football where he played with the Dallas Cowboys, Chicago Bears and Carolina Panthers in the NFL as well as Berlin Thunder (NFL Europe) and Philadelphia, Kansas City and Utah in the Arena Football League before suffering a career-ending knee injury in 2011.

“His big rocket of an arm, with a lefty spin, took some getting used to, but once we connected we rolled and had a great run together at the University of Kentucky. In a span of 16 straight games, we connected for 15 touchdown receptions,” Boone said.

He was a junior college All-American before transferring to UK and caught 18 passes for 268 yards and six touchdowns in 2001 and had 41 catches for 706 yards and 10 scores in 2002. In the unforgettable “Bluegrass Miracle” loss to LSU, he had three touchdown catches.

“We had some great times on and off the field that I will always remember and be grateful for. I know I would not have developed into the wide receiver I became without him. Until we meet again brother, rest easy!” Boone said.

Boone, who lives in Utah, said he hopes to get back to Kentucky to see a football game this season.